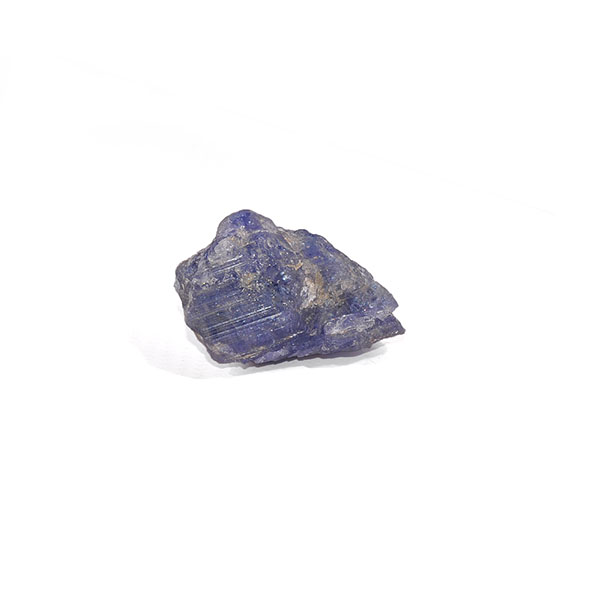 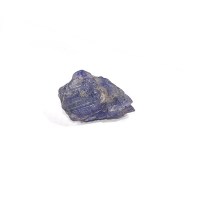 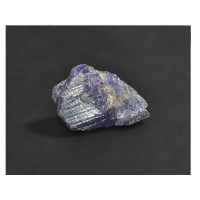 Rough tanzanite meticulously chosen by one of the team for our collection of crystals rocks and minerals. This highly sought after stone from Tanzania exhibits a vitreous lustre which is best seen as it's gently moved around in the light.  One side is particularly impressive but sadly we have not been able to capture it too well in our photo.

Tanzanite which is said to be rarer than diamonds is renowned for its sensational blue to violet colour colour but the vast majority of stones have actually been heat treated.  As well as enhancing the shade and depth of colour, heat treatments also remove undesirable tints of brown and yellow which are  relatively common.

The mine in Tanzania which sits at the foot of Mount Kilimanjaro is just four kilometres wide by two kilometres long and is rapidly becoming depleted.  Gem grade stones command exceptional prices per carat and are used primarily for ladies jewellery.

Tanzanite which is a gemstone variety of the mineral zoisite was originally known as blue-violet zoisite but was renamed by the American jeweller Tiffany & Co in 1968 just before being introduced to the world.  They declared it to be the most beautiful blue stone to be discovered in 2000 years and stated that it could only be found in two places, Tanzania and Tiffany & Co. 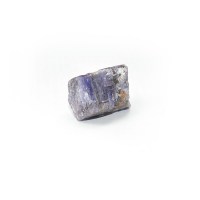