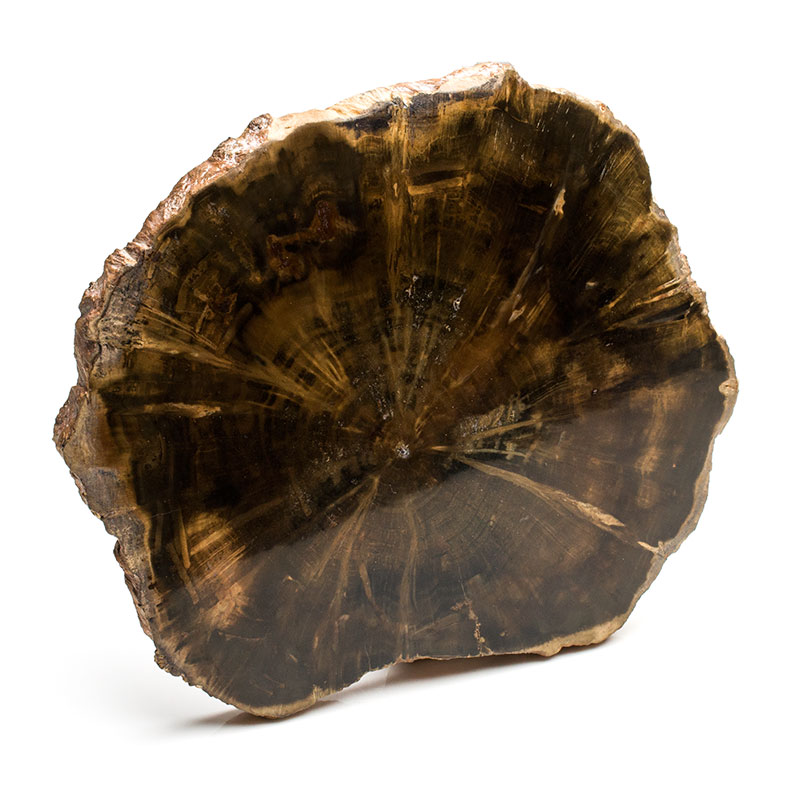 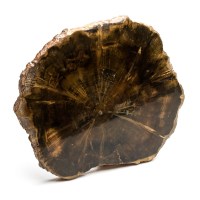 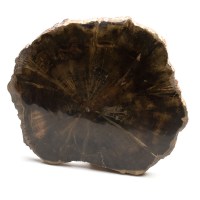 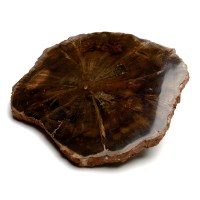 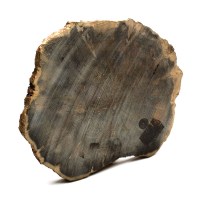 A highly polished slice of petrified wood sourced from Zimbabwe, this piece which could date back as far as two hundred million years exhibits rich hazelnut brown colour.   There is a very minor crack at the bottom of this piece which can be seen on both sides but it doesn't seem to run deep and there's no movement whatsoever in the slab.  Due to the age of some petrified wood it's not always possible to polish out every anomaly but it's quirks like this that make natural minerals so unique.

Petrified wood is a type of fossil in which the original organic matter has been replaced by various minerals the most common of which is quartz. The process of petrifaction as it's correctly known began when prehistoric trees often near waterways were uprooted during floods and having fallen were buried by sediment which starved them of oxygen hence their decay was delayed.  As a result their appearance remained virtually unchanged and when decay did set in any voids in the organic matter were quickly replaced with natural minerals being carried in ground-water.  The cell structure however remained largely intact so acted as a template which enabled much of the original detail to be retained.  When the water dried up the minerals crystallized and hardened but the entire process took place over thousands of years.  Petrified forests can be found in a few places around the world one of which is on the Greek island of Lesvos.  This ancient forest was covered in volcanic ash around twenty million years ago.  One of the best known petrified forests is Petrified Forest National Park in Arizona where the oldest formations date back 227 million years.

Petrified wood is also referred to as fossilized wood although the term is not wholly accurate unless there's evidence that traces of life have been preserved in the rock.

This chunky slice of petrified wood is highly polished on one side only. 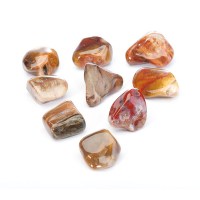 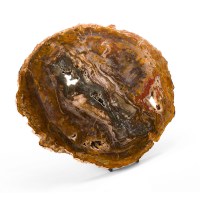 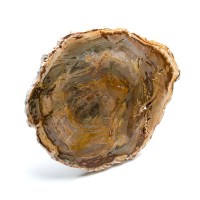 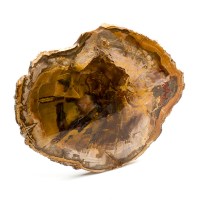