A large and chunky piece of lapis lazuli from Chile, highly polished, exceptional colour and markings.  The golden specs of pyrite often seen in this rich blue coloured stone are actually inclusions in the mineral lazurite which is one of several different minerals that makes up lapis lazuli.  Lazurite which gives lapis it's colour is a deep blue to greenish blue coloured mineral that can also be found in sodalite.

A significant amount of the world's lapis lazuli comes from northeastern Afghanistan but mining operations also began in Chile in 1905.  The mine which is high up in Andes Mountains in the Coquimbo region is the country's only known deposit.  A further deposit was believed to have been discovered on Mount Vicuña Mackenna in Northern Chile but the stone was later identified as the mineral dumortierite.

This hefty lapis lazuli stone weighs in at over one kilo and makes a unique and eye-catching display piece.  Head over to our Flickr page to see our photograph in its original size. 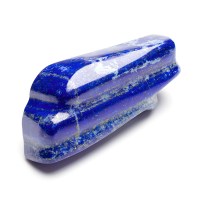 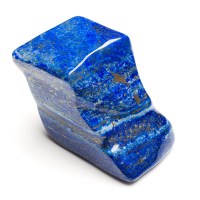 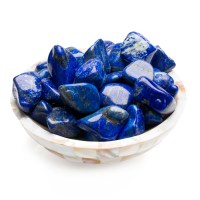 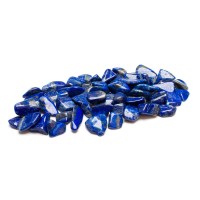