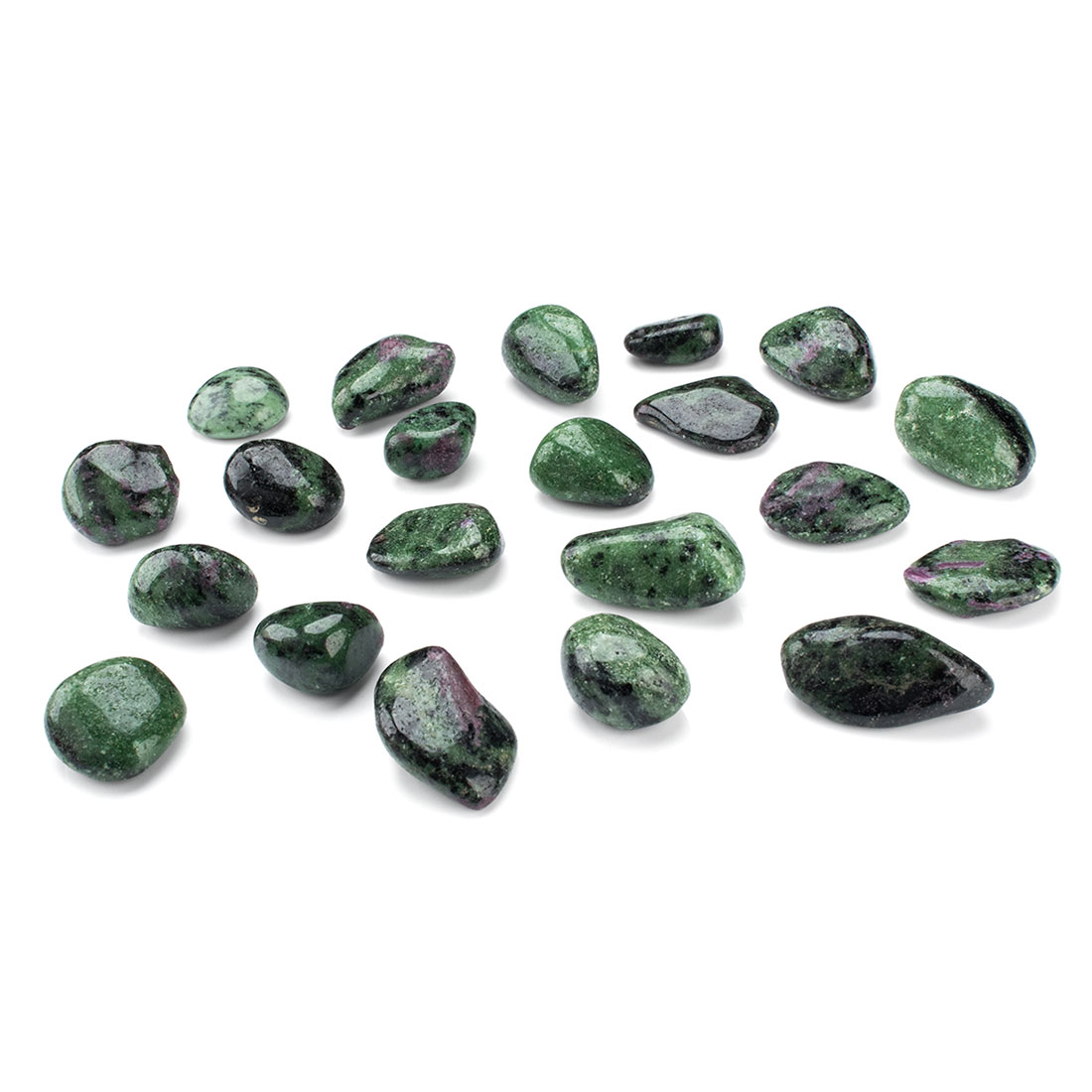 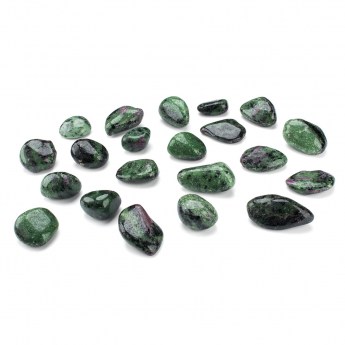 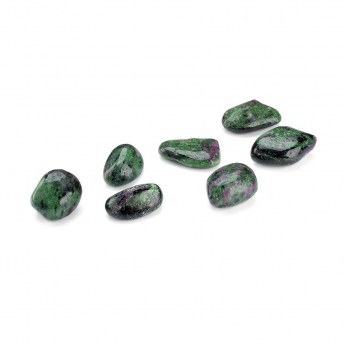 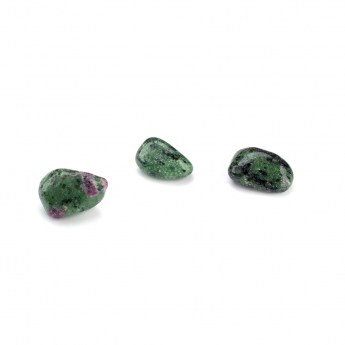 This relatively rare stone is a combination of green zoisite and red corundum.  Black crystals of hornblende are also often present.  Gem grade red corundum is known as ruby.

The grade B ruby zoisite crystals in our collections have a slightly rougher texture.  The inclusions of corundum are more prominent and minute sparkling crystals can be seen as they catch the light.  These grade A stones exhibit deeper and richer colour and have a much finer polish.

Ruby zoisite also known as ruby in zoisite is used primarily for decorative purposes.  It can be a difficult stone to work with because of the difference in hardness of the two minerals.  After diamond, corundum is the hardest mineral known to man.

Back to: Size Small to Large