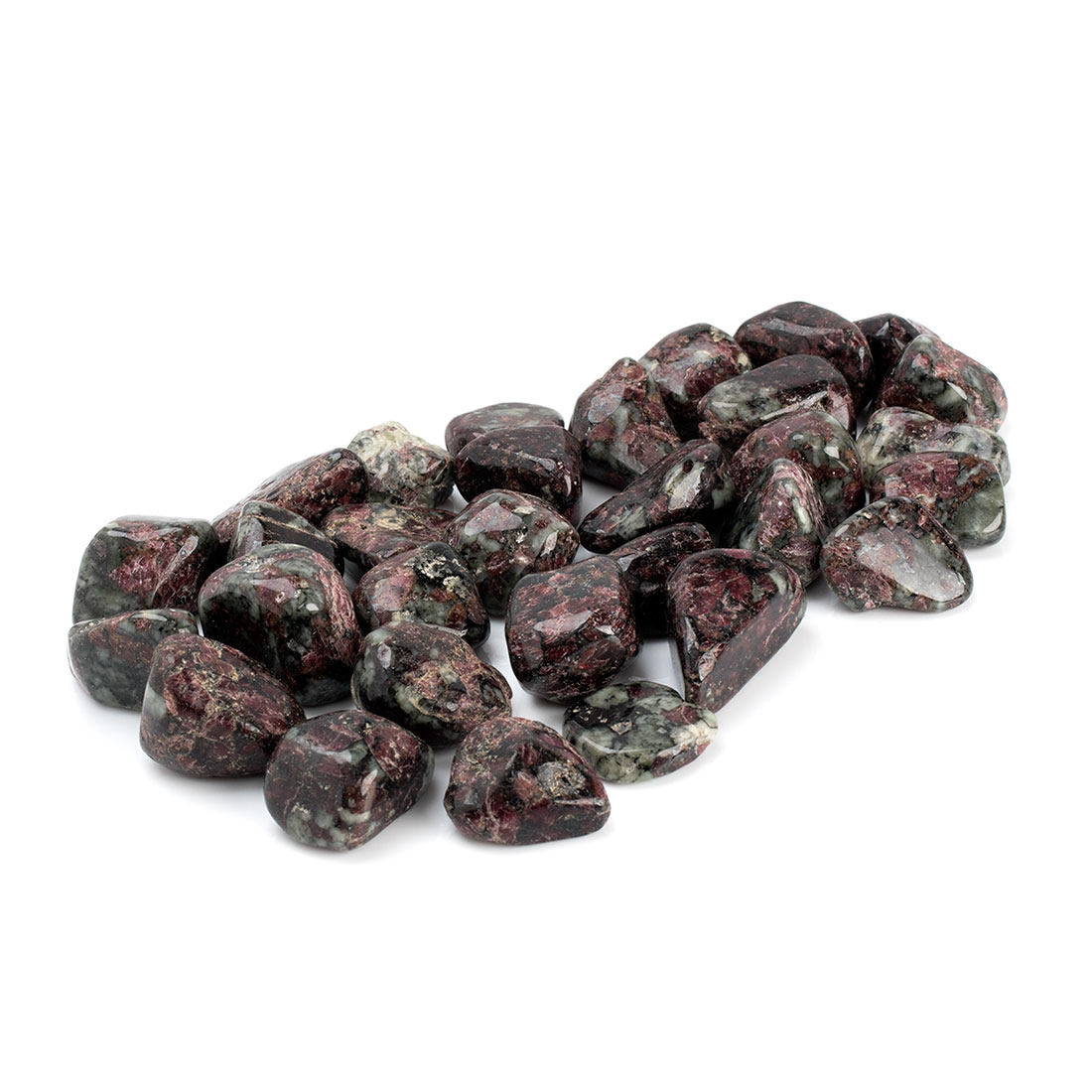 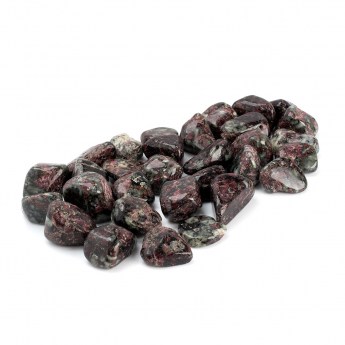 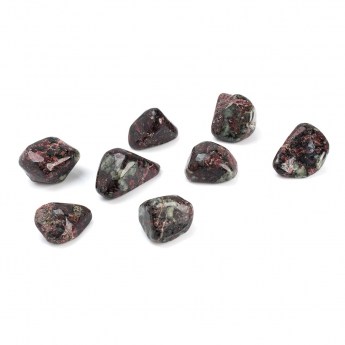 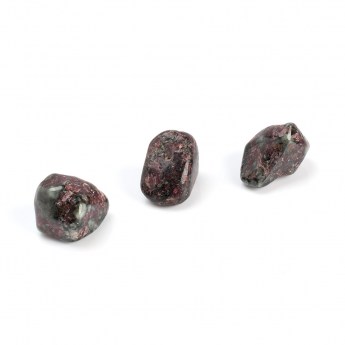 Eudialyte (you~die~a~lite) is commonly described as a complicated mineral that dissolves in acid.  Some varieties dissolve completely.  Minerals in this group can have as many as forty six different chemical elements.

The location where eudialyte is found is important because it helps with correct identification.

Only the deep red coloured crystals are eudialyte.  The matrix in which they're embedded is feldspar and aegirine.

Eudialyte which dates back to 1801 occurs in alkaline igneous rocks.

There are twenty six confirmed varieties of eudialyte which is part of the reason it's described as complicated and difficult to identify.  Rubellite which is a variety of tourmaline can look very similar.

Although first discovered in Greenland, the vast majority now comes from the Kola Peninsula in the far north west of Russia.  It can also be found on Mount Saint Hilaire in Canada and in a small number of other locations around the world.

Eudialyte is relatively soft so these stones have only been lightly tumbled.  Although well polished they're not completely smooth and most have indentations or minor anomalies.

These eudialyte tumbled stones are classified as grade A.  They're a medium sized stone but due to minor differences in size we've split them into small and medium. 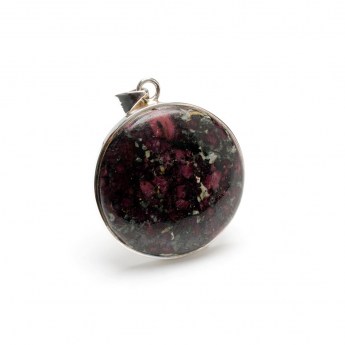