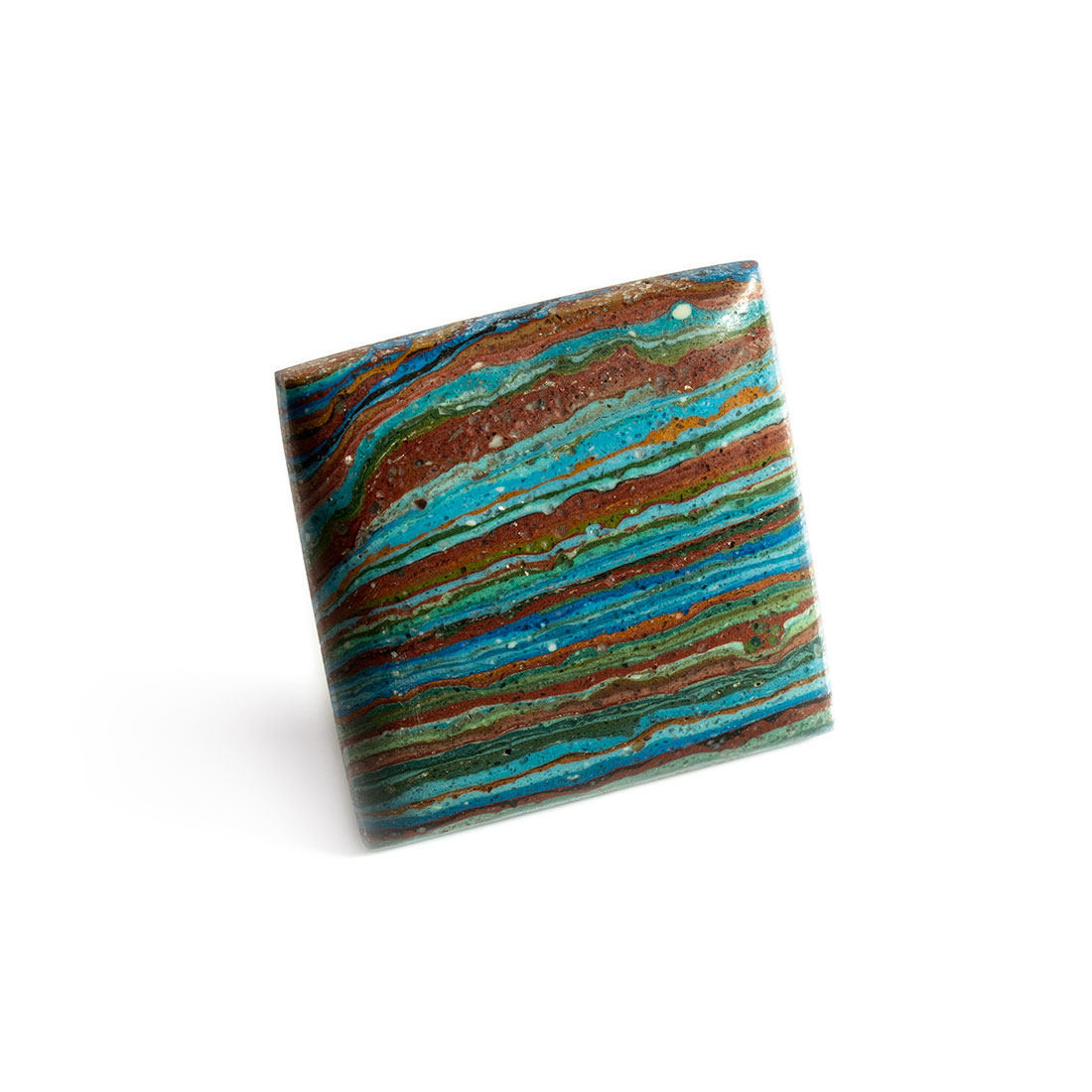 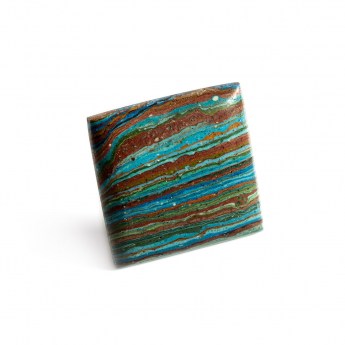 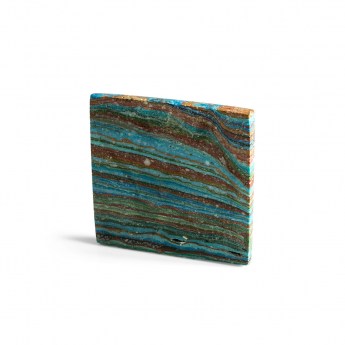 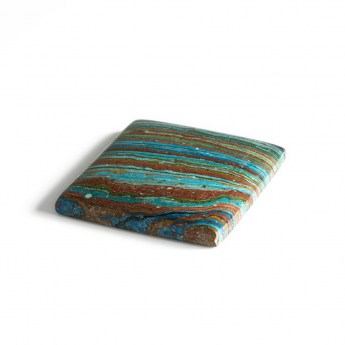 Just the top of this rainbow calsilica stone has been polished.  It has a dull lustre which means the surface absorbs light instead of reflecting it.

Rainbow calsilica is a colourful man-made stone first introduced to the world some years ago.  It was said to be a natural material from Chihuahua in Mexico.

After careful examination geologists confirmed that although some natural minerals were present, rainbow calsilica wasn't a natural stone.

The story of this colourful material is curious and fascinating.  As far as we are aware the people behind its production have never been identified.

Rainbow calsilica is still being manufactured and is used for ornamental purposes and in particular for jewellery.

This large rainbow calsilica cabochon was cut for Stone Mania from a rough piece of stone.  At the time, we were still uncertain exactly what it was. 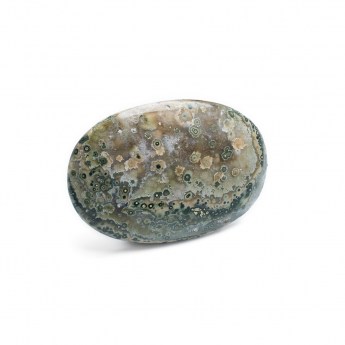 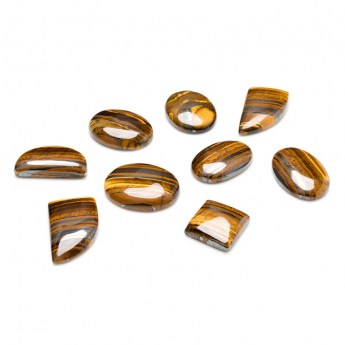 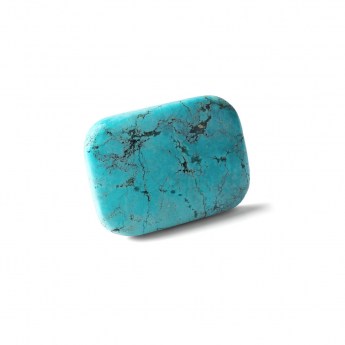 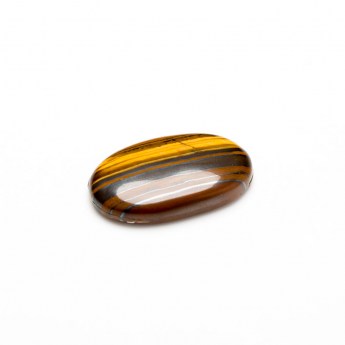 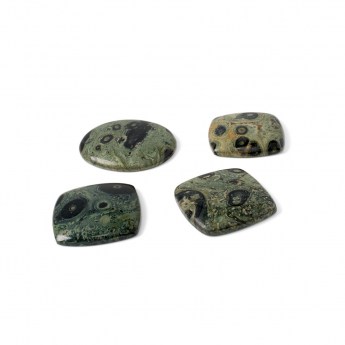 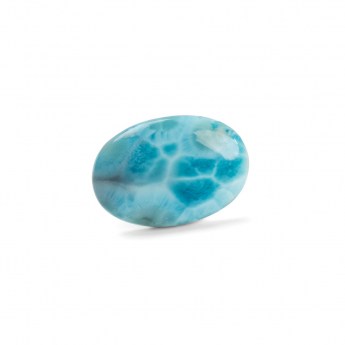