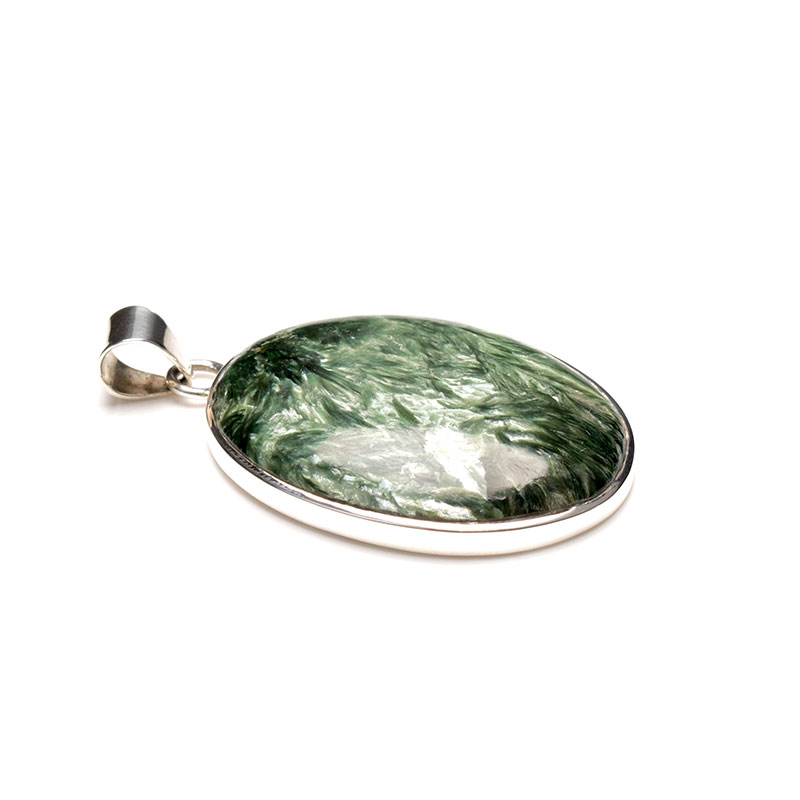 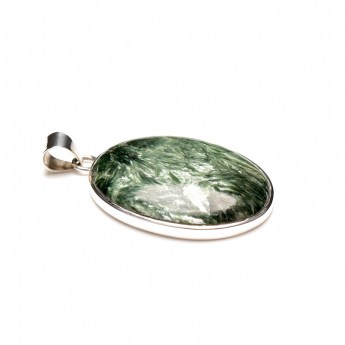 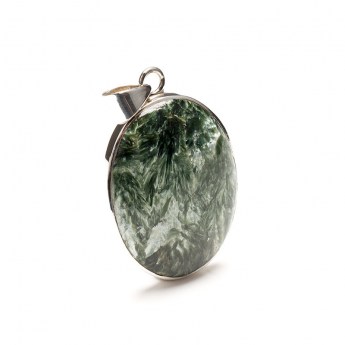 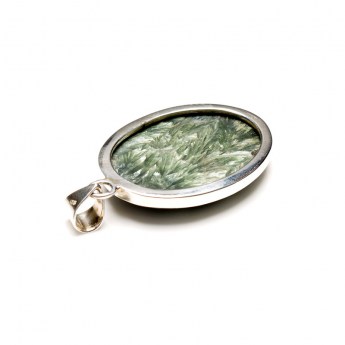 Although used as a gemstone, seraphinite is very soft.  On Mohs scale of mineral hardness it grades just 2 to 2.5.  For this reason it must be handled very carefully.

Seraphinite is a trade name for a gemstone cut from the mineral clinochlore.  It can only be found in eastern Siberia.

The name seems to have originated from the word 'seraph' which means 'the burning ones'.  It's commonly used in the plural which is 'seraphim'.  In both Judaism and Christianity these creatures are described as celestial beings that sit high up on the angelic hierarchy.

The most likely reason for seraphinite being named after the seraphim is because stones exhibit white feather-like markings.  These could be perceived as being similar to the wings of an angel.

Back to: The Full Collection