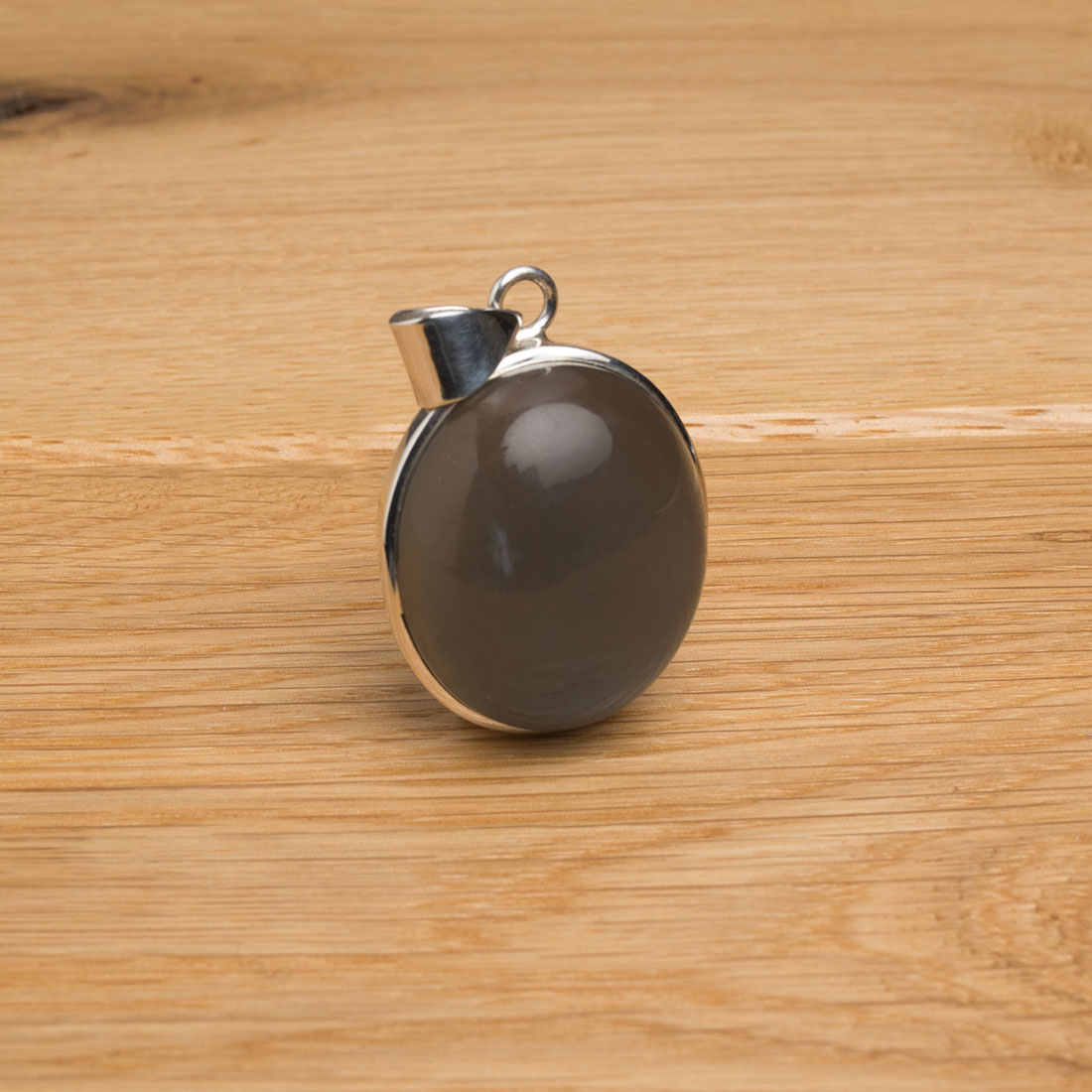 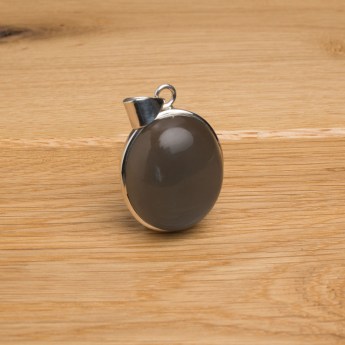 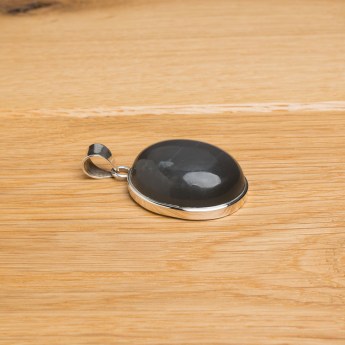 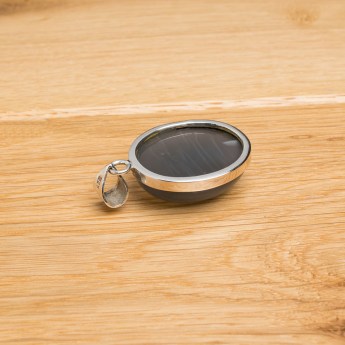 Black moonstone is not as well known as the white iridescent variety but can be just as fascinating.

As it reflects light an optical phenomenon known as adularescence or schiller can be seen.  The reflection of light creates a subtle glow from beneath the surface of the stone.

Moonstone is believed to have been named by the ancient Romans who believed the effect was similar to the reflection of the moon on water.

This optical phenomenon in itself makes black moonstone quite fascinating but there's more to this stone than meets the eye. Although it initially appears to be opaque, it's actually translucent.

When held up towards the light most of the colour drains away.  The only characteristics that can then be seen are a few indistinct inclusions.

Although described as black, the colour is a very deep grey with a hue of silver. It has been mounted in a fine sterling silver setting. 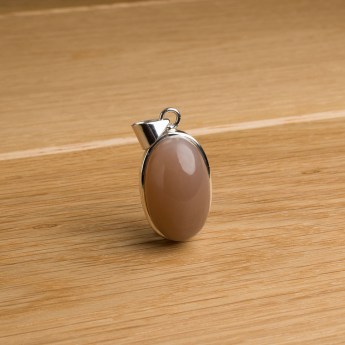 Pink Moonstone Pendant
£43.75
Back to: The Full Collection