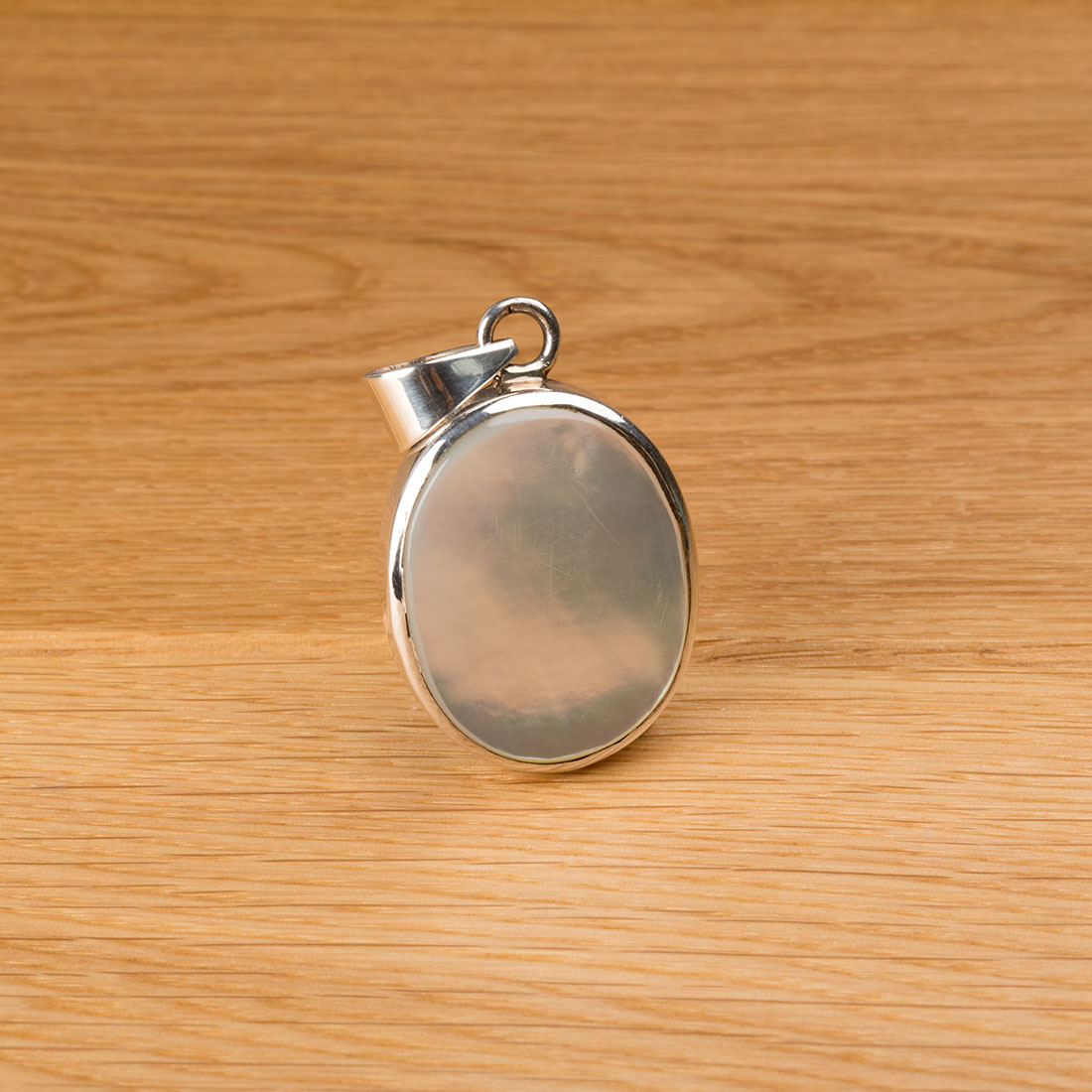 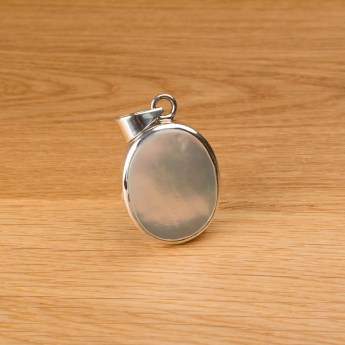 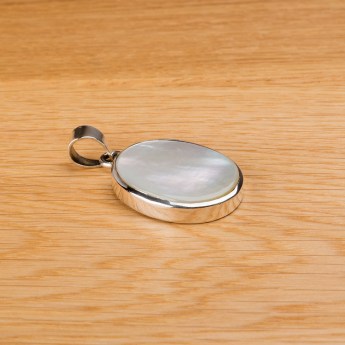 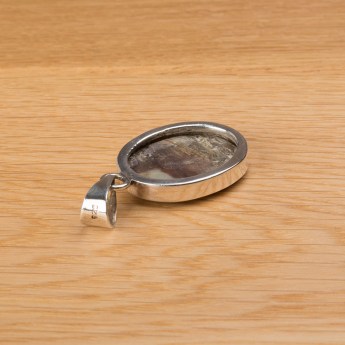 Mother of Pearl an Iridescent Shell

Light weight mother of pearl pendant crafted in a slightly deeper sterling silver setting.  The reason for this piece being reduced is because the bale at the top has not been centred accurately although it's really only noticeable with careful examination.  The gemstone pendants in our collection have been crafted by hand by a small team of artisans and very occasionally, some don't turn out quite as perfect as we would like.  Instead of having these pieces re-made we prefer where possible to sell them at a reduced price.

Mother of pearl also known as nacre (pronounced nay~ker) is made up primarily of the mineral aragonite and small amounts of a horn-like organic substance known as conchiolin. It's produced by oysters and some molluscs and is best known as the lining of some sea-shells.  Fascinatingly iridescent this light weight material has been used for thousands of years and before the introduction of plastic was used to make buttons.  During the early 1900's the U.S state of Illinois was exporting billons of tons of mother of pearl buttons around the world.

Although mother of pearl is classified as a gemstone it's actually organic.  Other examples of organic materials classified as gemstones include pearl, bone, amber, coral and jet.

A light weight and wonderfully iridescent mother of pearl pendant at an unbeatable price. 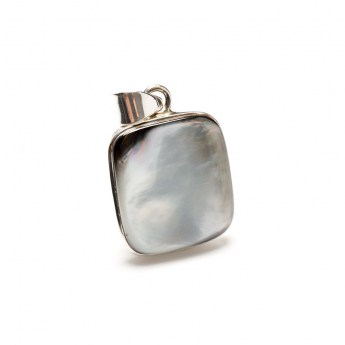