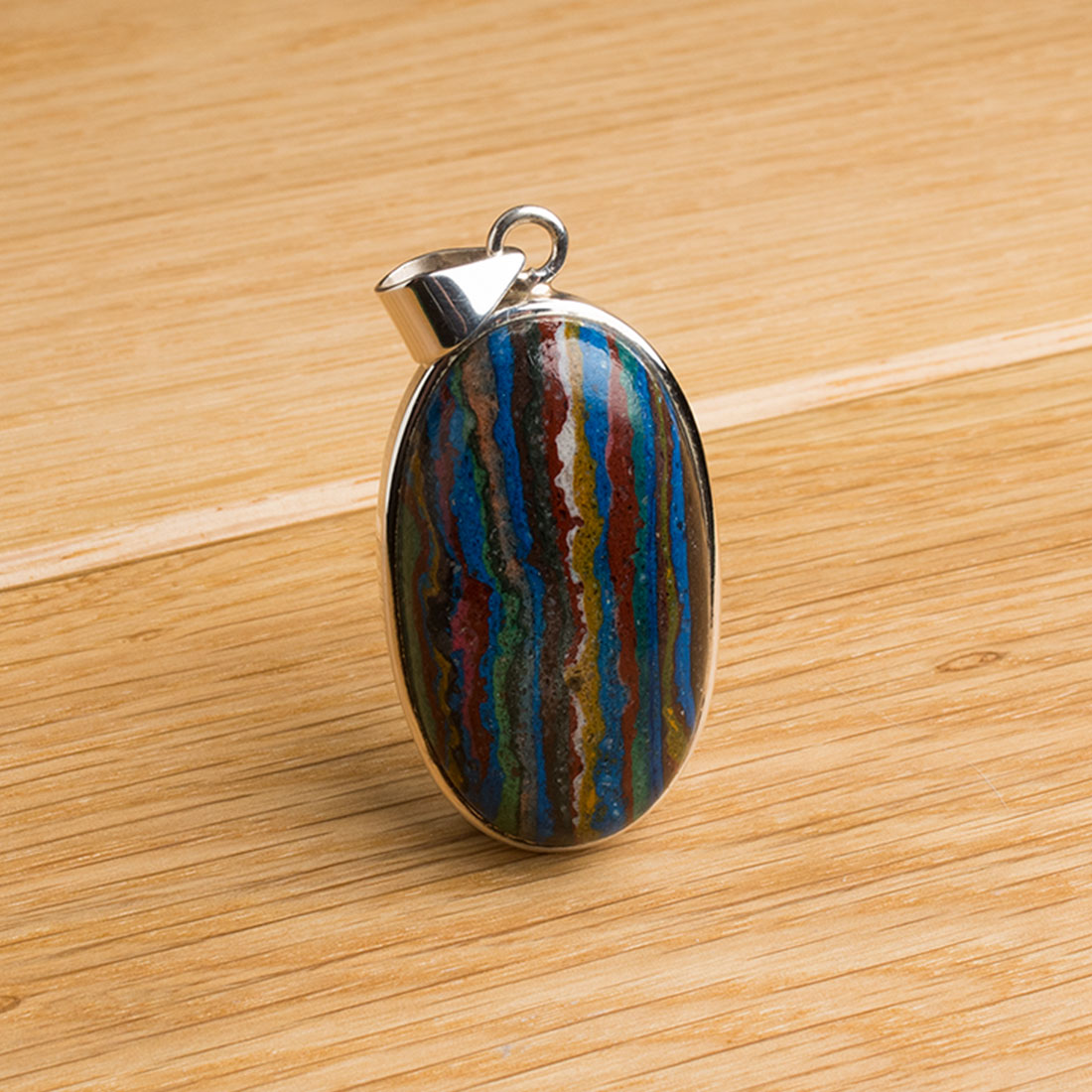 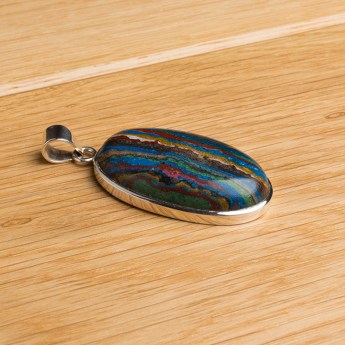 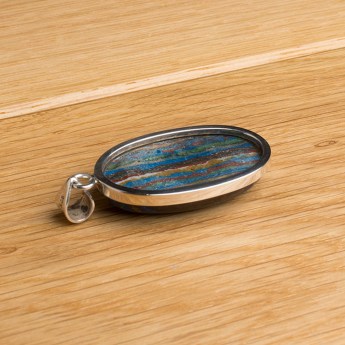 Believed to have originated in Chihuahua in Mexico, this distinctive stone which is man-made is used primarily in jewellery.  Although sometimes likened to fordite which is hardened car paint that's been cut and polished, rainbow calsilica is a completely different material.

The story of rainbow calsilica is curious and fascinating and the people behind it went to great lengths to create an authentic looking stone that for a short period of time even had the experts fooled.  Despite now being widely accepted as being man-made, no details have ever emerged about who was behind its creation or how it was produced.

All of the rainbow calsilica cabochons in our collection are unique in their own way.  Each stone was individually chosen by one of our team.

This colourful cabochon sits in a hand-crafted sterling setting. 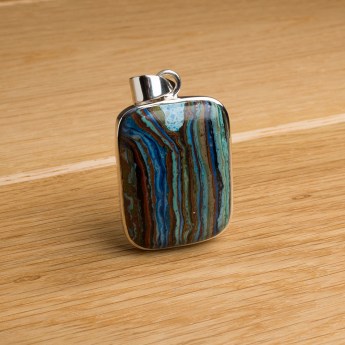 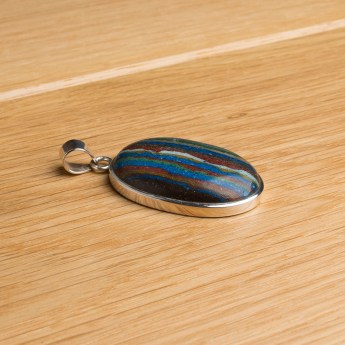 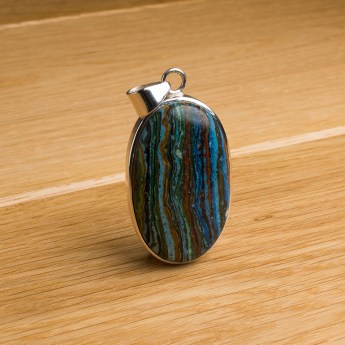 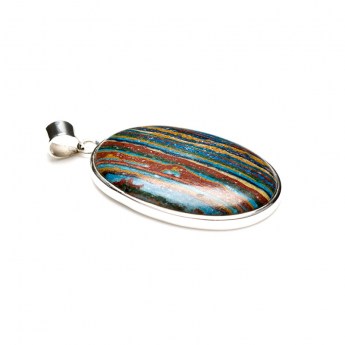