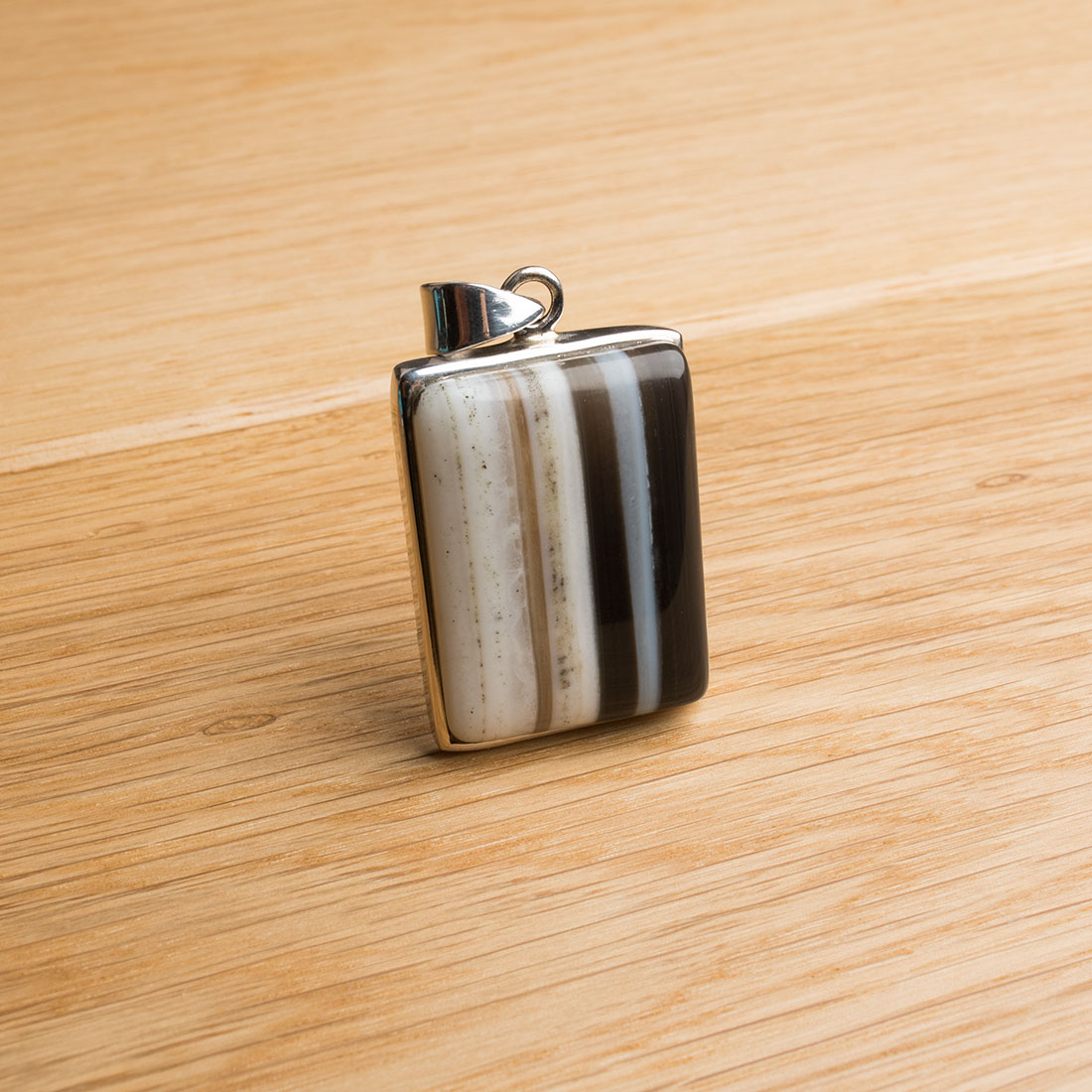 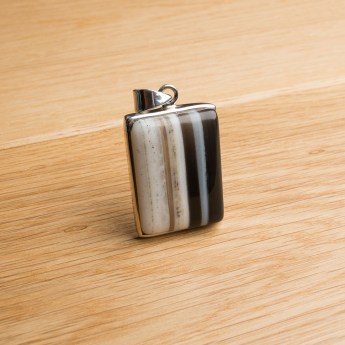 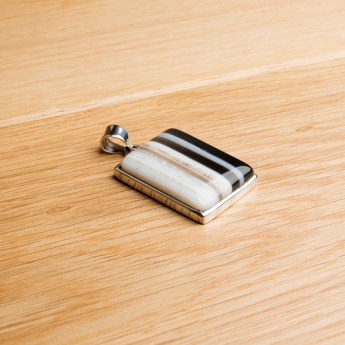 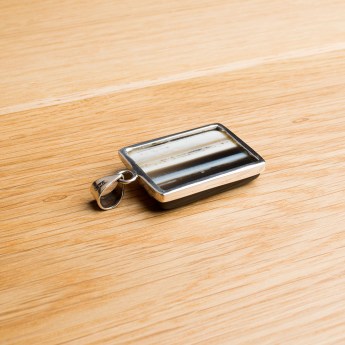 Ladies onyx gemstone pendant crafted for Stone Mania in a fine sterling silver setting.  This variety of the mineral chalcedony exhibits colourful bands which typically alternate between black and white. Banding in shades of red and brown are also common but those stones tend to be known either as carnelian or sardonyx.

An elegant gemstone that's slightly translucent most notably between the vertical bands.

Although onyx does occur in black it is quite rare and the vast majority of black onyx is dyed.  The mineral onyx has been artificially coloured for thousands of years.  Pliny the Elder the Ancient Roman author and naturalist wrote about techniques used to dye onyx and other minerals in his encyclopaedia Naturalis Historia.

The history of onyx can be traced back even further than the ancient Roman Empire and is said to have been one of the gemstones in the High Priest's breastplate.  This was a religious garment worn by the Jewish High Priest during biblical times.

This ladies onyx pendant has been reduced because the ring and bale at the top are very slightly off centre.  As you'll see from our first photo it's almost unnoticeable unless you look very carefully. 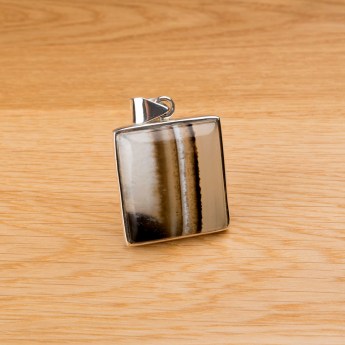 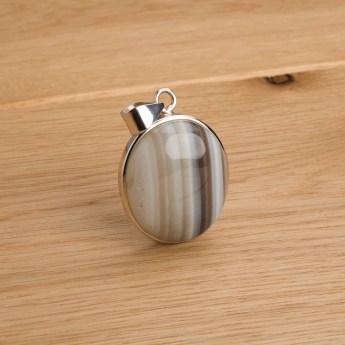 Onyx Pendant
£22.99
Back to: Gemstone Pendants