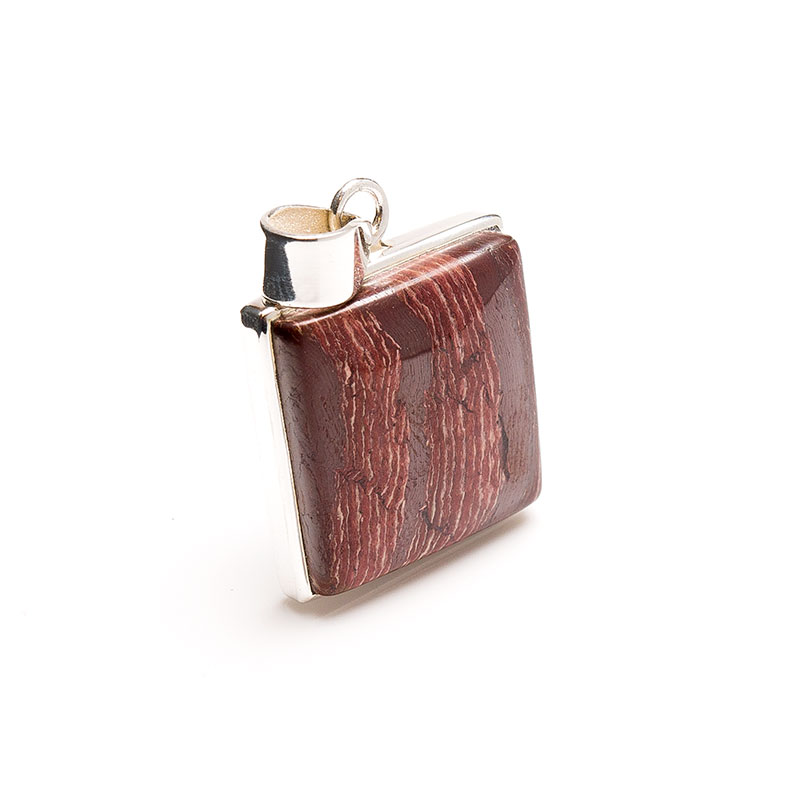 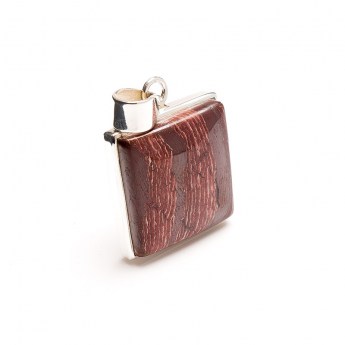 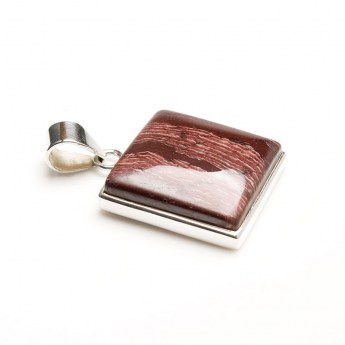 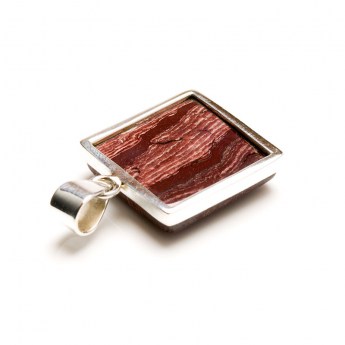 Snakeskin jasper comes from the Pilbara region of Western Australia.  This deep red and white patterned stone is a banded iron formation.  The location where it's found is home to one of the world's largest iron producers.

Banded iron formations are formed when iron rich sediments are expelled from underground vents into large bodies of water.  As the iron settles it forms alternating layers which build up over millions over years.  These gradually harden and the process of metamorphism then introduces interesting patterns and other features.

The area where snakeskin jasper is mined is believed to be around two and half billion years old.

This snakeskin jasper pendant has been crafted in a handmade sterling silver setting.

The reason for it being reduced is because the silver has not been hallmarked.  The setting is sterling silver, it's the only metal we have ever used for our collection of pendants.

Back to: Pendants On Sale