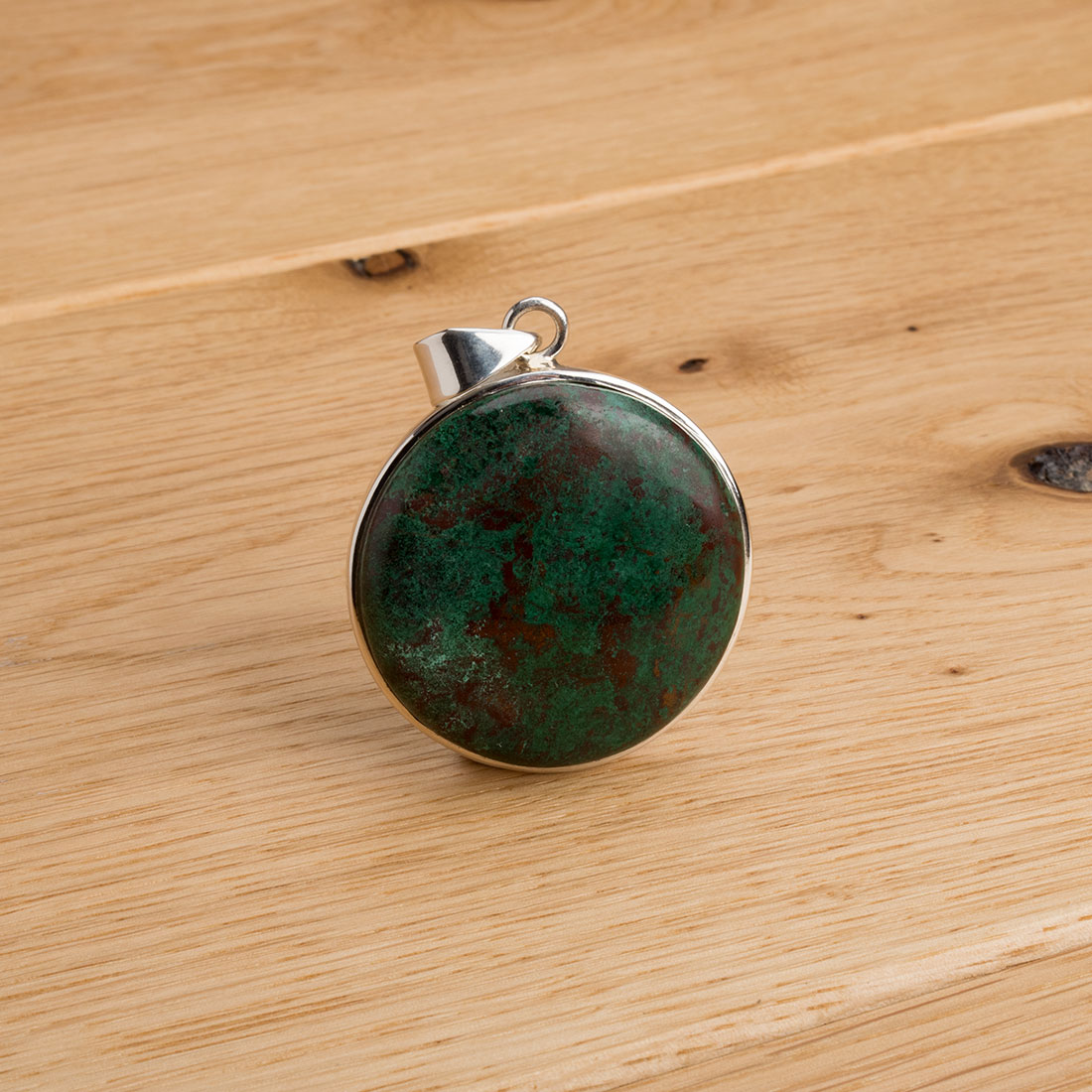 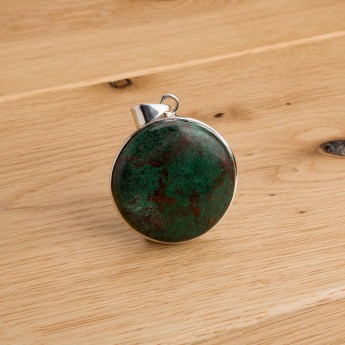 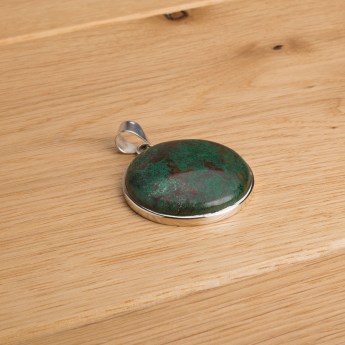 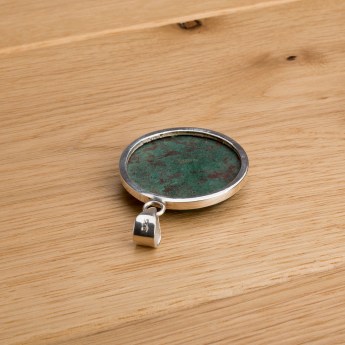 Round shaped bloodstone pendant featuring a rich green coloured cabochon with subtle red coloured inclusions of the mineral hematite.   This polished stone has more of a dull lustre which refers to the way that it interacts with light.  "Dull" isn't  word that we particularly like using when describing a piece of jewellery but it's the correct term to use in this instance.  Minerals with a vitreous lustre tend to exhibit a glass-like finish hence reflect light in a way that you'd expect of a highly polished gemstone but those with a lustre described as dull absorb more light than they reflect.

Bloodstone also known as heliotrope is a dark green variety of the mineral chalcedony that has been coloured by traces of iron, hematite is the mineral form of iron.  A stone that has been known and used for thousands of years in the first century it was claimed to preserve health and offer protection from deception.  During the Middle Ages bloodstone was used in sculptures which depicted flogging, whipping, lashing and martyrdom and although today that may sound strange, the red iron inclusions were likened to blood hence were associated with the blood of Christ.  For this reason the stone was often associated with the church and given religious importance.

Whilst once used to prevent nosebleeds and as a remedy for haemorrhaging and inflammatory related diseases, today in crystal healing bloodstone is still considered to be a powerful healer and is used for blood related issues and complete revitalisation.

This bloodstone pendant has been crafted entirely by hand and is mounted in a timeless sterling silver setting. 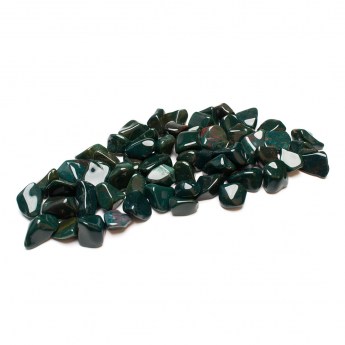