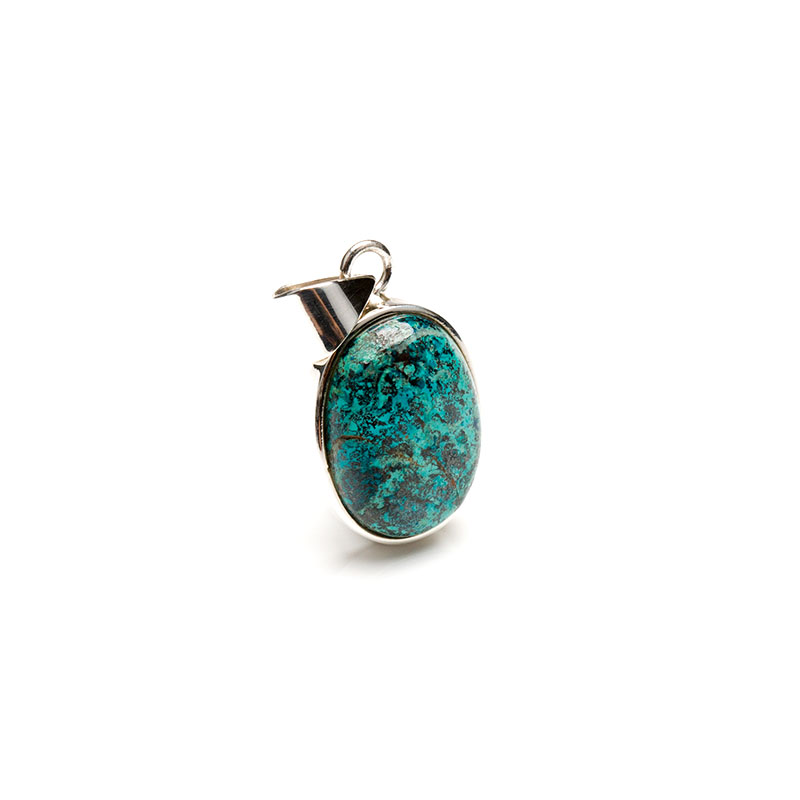 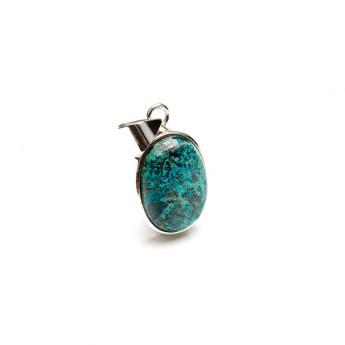 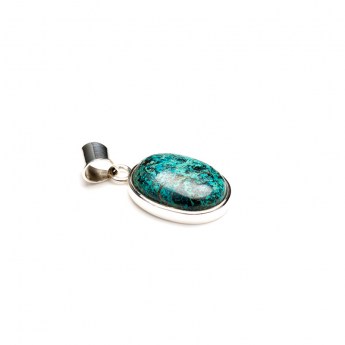 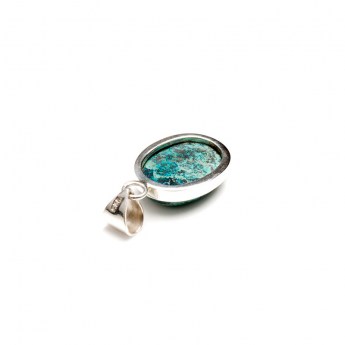 Azurite is not considered to be particularly rare yet is not found anywhere in the world in great abundance.  A minor ore of copper, it often occurs close to the mineral malachite either in or around copper mines.

Well known for its impressive blue colour, azurite was used as a pigment in paint for thousands of years.

It was pulverised by the ancient Egyptians so it could be used in cosmetics and for other colouring purposes.  It was also widely used during the Middle Ages and throughout the Renaissance.  Azurite was the primary source of blue colour in almost all European paintings.

Material used during this period came mostly from France.  The word "azure" which today refers to a specific shade of blue once referred to a blue dye.

The sterling silver setting looks slightly chunkier in our photograph than it actually is.