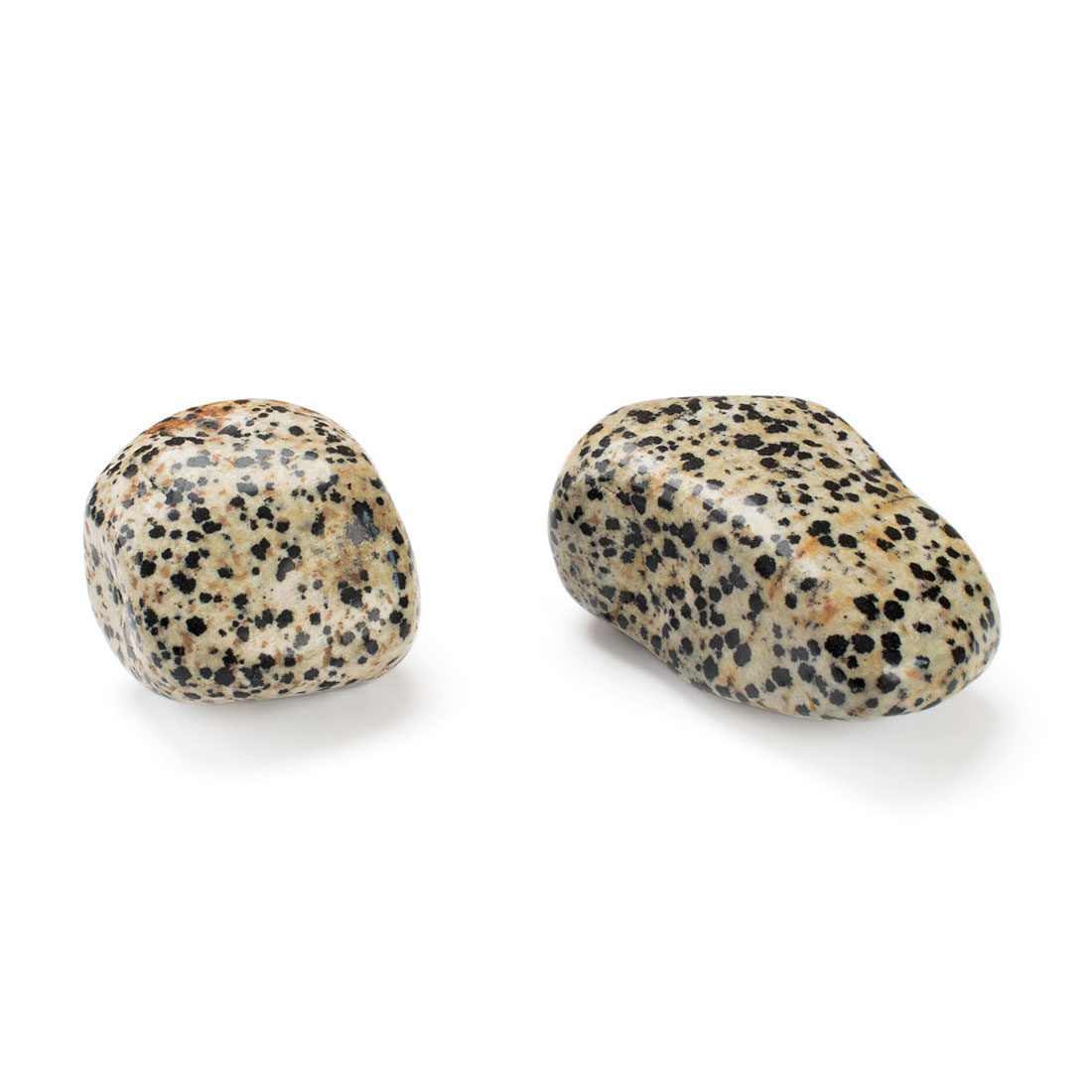 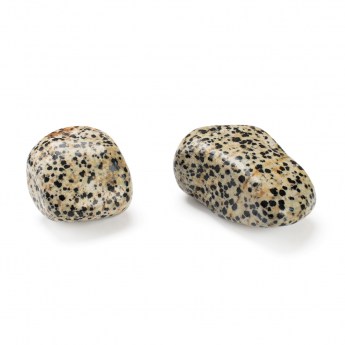 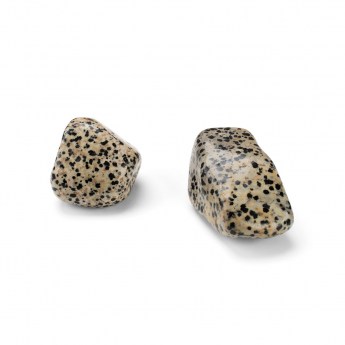 Number 1 is the stone on the left.
Product Code: DLMJ
COM_VIRTUEMART_PRODUCT_SALESPRICE2£6.95
Description

Dalmatian jasper is a trade name which came about because of the stone's spotted appearance.  Ironically most of the world's supply comes from the state of Chihuahua in Mexico.

Trade names are widely used to popularise certain minerals.  All too often they're misleading with regards to the geological makeup of the material.  Dalmatian jasper is one example.

Many coloured or patterned stones used for decorative purposes are often labelled as jasper.  This is because it's a name people are familiar with.

Tests carried out on dalmatian stone revealed it's an alkali feldspar granite.  Labradorite, amazonite, sunstone and moonstone are all feldspar minerals.  Alkali feldspars tend to be low in calcium and rich in potassium.

Although often reported to be tourmaline, the distinctive spots are arfvedsonite.  This rare mineral was named after the Swedish chemist Johan August Arfwedson who discovered it.  He's best known for the chemical element lithium which he discovered in 1817. 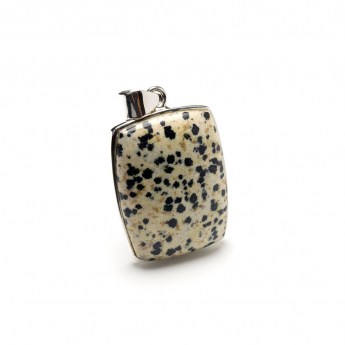 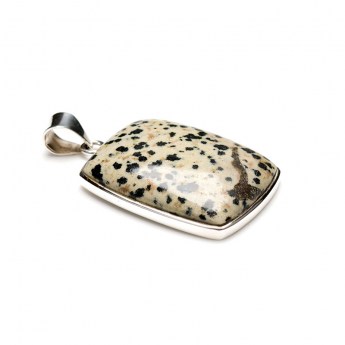