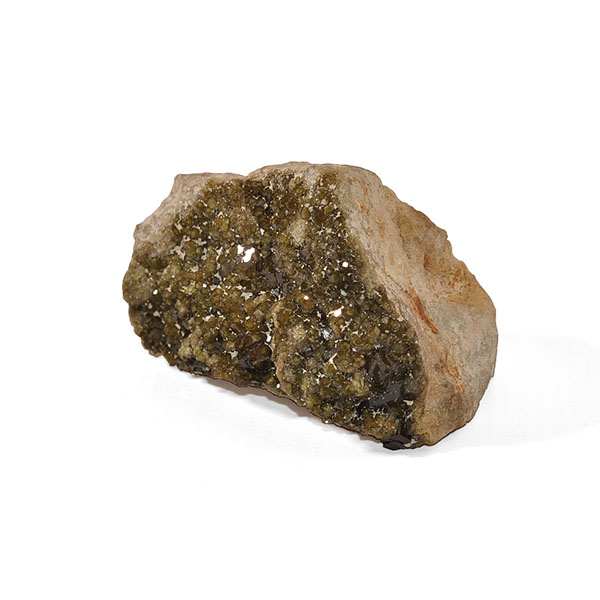 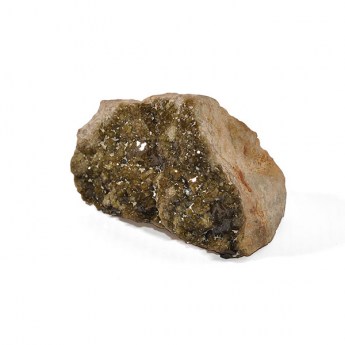 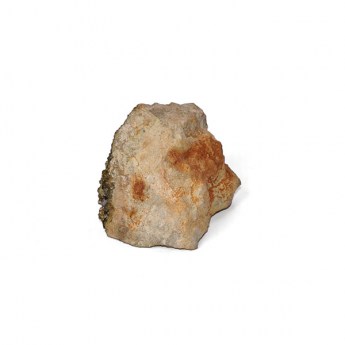 Demantoid is one of the rarest and most valuable of all garnets.  This is primarily because of its magnificent green colour.

'Demantoid' comes from the Dutch word for diamond because when polished, it can have a fire greater than that of a diamond. The term fire when used in relation to a gemstone is a reference to the way it splits white light.  This is also known as dispersion.

White light an example being daylight is made up of several colours.  When it passes through a gemstone such as demantoid garnet each colour travels at a different speed.  The colours then exit the gemstone separately.  Dispersion means the white light "disperses" as it exits stone.

This rough demantoid garnet comes from Namibia.  Each crystal sparkles beautifully as it reflects light.

Back to: Rough and Unpolished