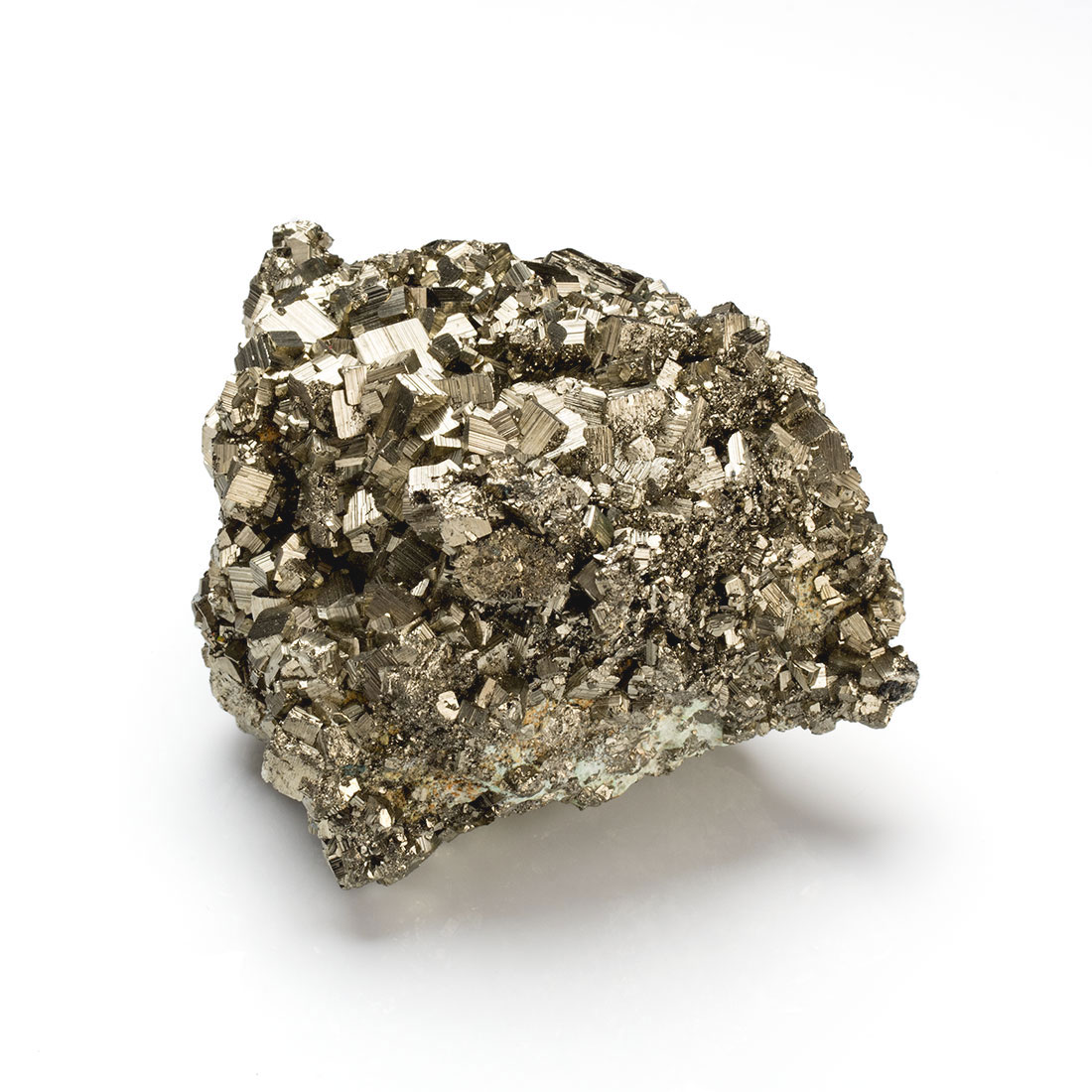 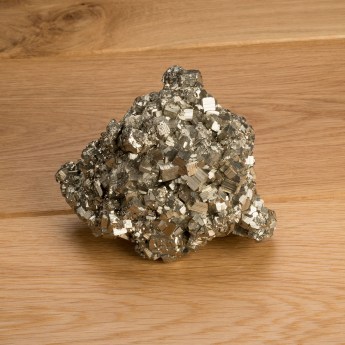 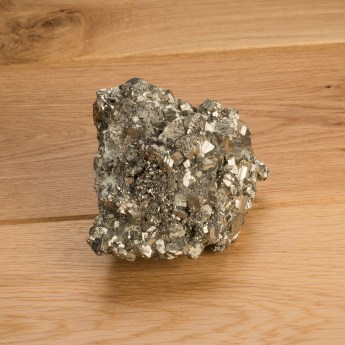 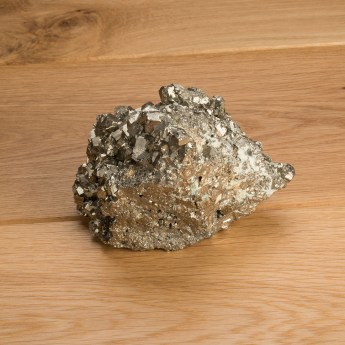 Almost 700 grams of pure sparkle, the isometric or cube-shaped crystals that cover this large pyrite mineral sparkle like a Christmas tree as they reflect light at almost every angle.

Although the crystal habit of pyrite can vary, cube-shaped crystals are amongst the most common in this brassy yellow coloured mineral.  Despite much of its popularity being due to its close resemblance to gold, pyrite is very common and occurs in a wide variety of geological environments.

The nickname fools gold has long been associated with pyrite but there's actually several differentiating characteristics that make it easy to tell one from the other.  Pyrite which is an iron sulphide mineral (chemical compound of iron and sulphide) is much harder but also brittle so if struck will shatter into many pieces.  Gold on the other hand is relatively soft and also malleable which means it can be easily shaped so pounding this metal will do nothing more than flatten it.

Being so soft means that pure gold can be easily scratched.  On Mohs scale of mineral hardness which is a scale that compares the scratch resistance of one mineral against another it grades 2.5 whereas pyrite grades 6 to 6.5   Although its brassy metallic colour is said to resemble gold when the two minerals are placed side by side colour of pyrite is almost always considerably less yellow.  With that said, it's not uncommon for pyrite to contain small amounts of gold and in fact the two often form under similar conditions and can even occur within the same rocks.

Pyrite was widely used by Native Americans who often polished the shiny crystal faces to use as mirrors.  They also believed as a mirror it would enable you to look deep into the soul.

This large and solid pyrite cluster would make an exceptional display piece and one that's sure to attract plenty of attention that's well deserved.