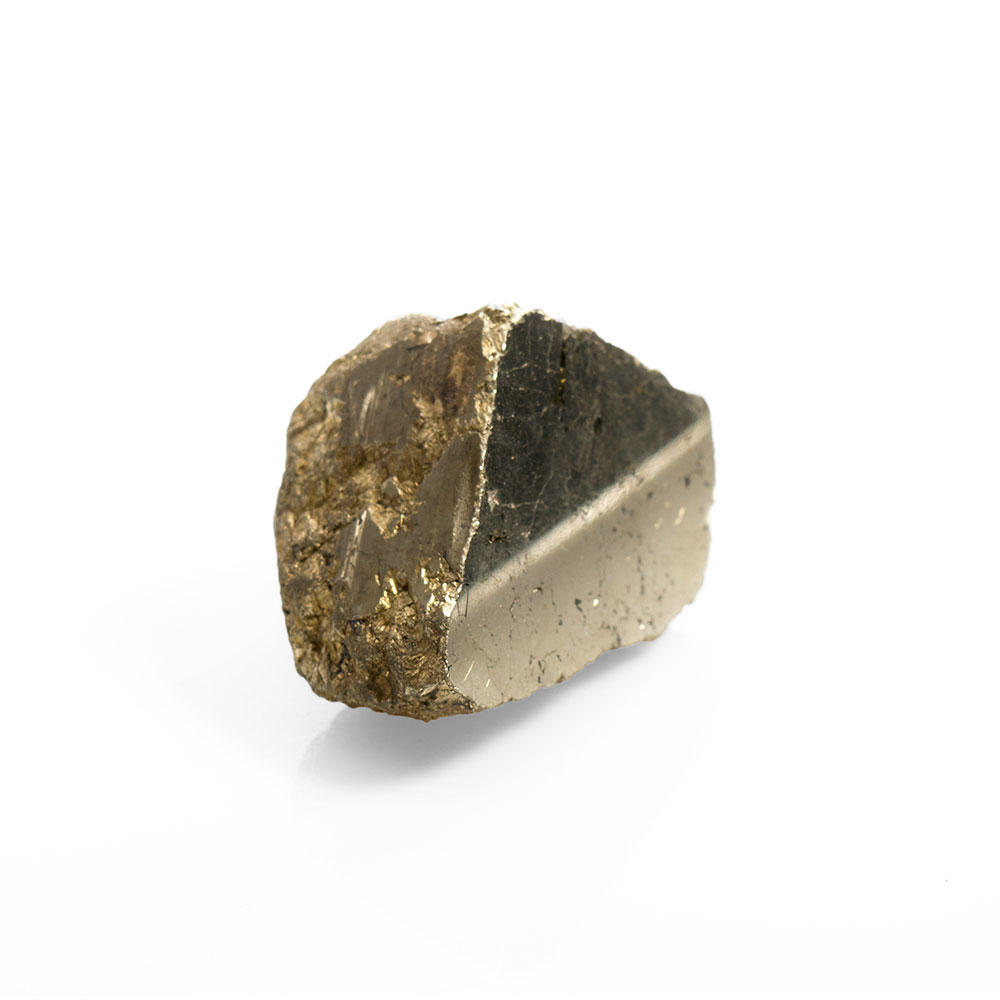 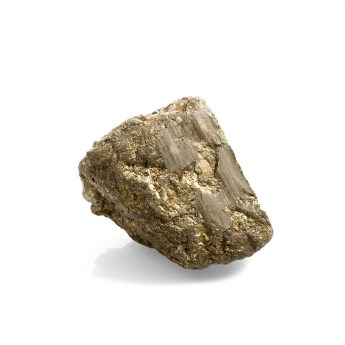 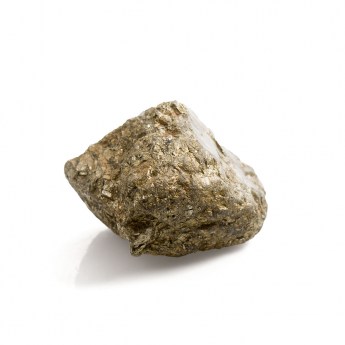 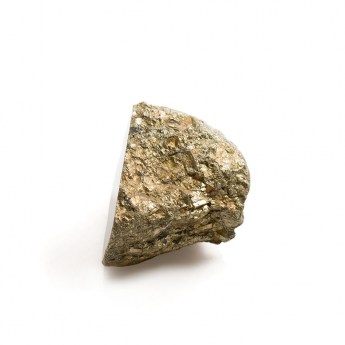 Pyrite or iron pyrite is a fascinating mineral which occurs in cubes, clusters and nuggets.  It exhibits a metallic lustre and brassy yellow hue which has led to it frequently being mistaken for gold.  Although the two do have a very similar appearance it is in fact quite easy to tell one from the other.  The nickname fools gold is often said to have come about because pieces of pyrite were confused for gold during the great American gold rush of the early 19th century but to the best of our knowledge there's little or no truth to this story at all. 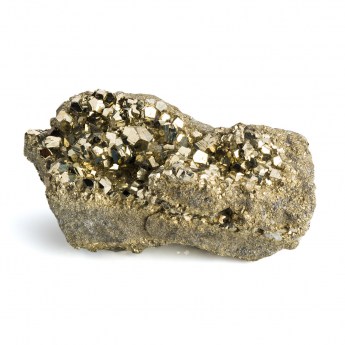