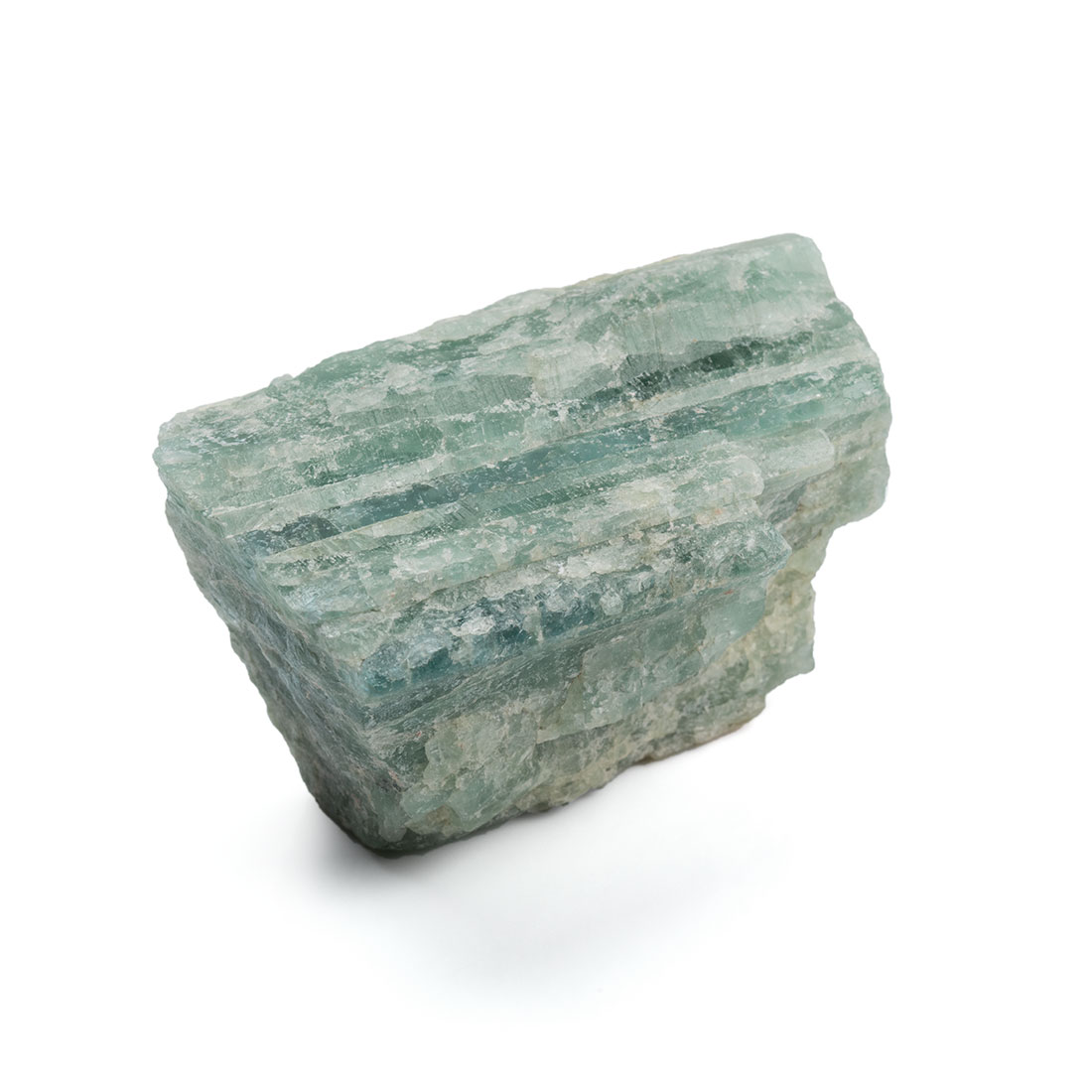 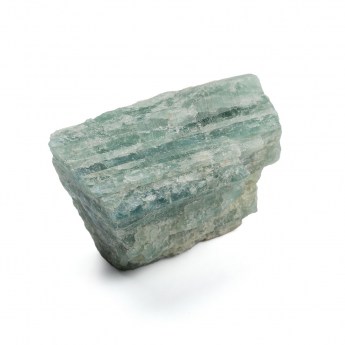 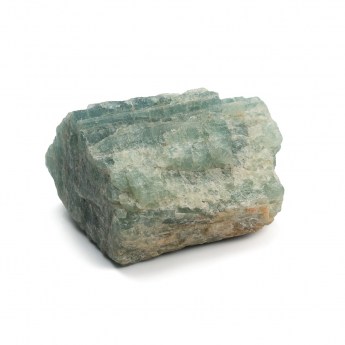 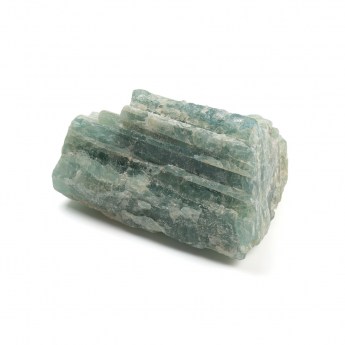 A large and chunky rough piece of aquamarine from our collection of rocks and minerals.

Aquamarine is a greenish blue variety of the mineral beryl whose colour is caused by impurities of iron.  Although bluer stones have always been far more popular than green they're extremely rare.  For this reason the vast majority of aquamarine is heat treated.  By heating the stone it's possible to enhance or change the colour.

Other varieties of beryl include emerald whose colour is caused by chromium, morganite which occurs in various shades of pink and the incredibly rare red beryl once known as bixbite.  The colour in both morganite and red beryl is caused by the presence of manganese.  Beryl is colourless in its purest form but is not particularly common or well known.  Gem grade stones are called goshenite.

Aquamarine is a relatively hard mineral which grades 7½ - 8 on Mohs scale of mineral hardness.  It's the official birthstone for the month of March. 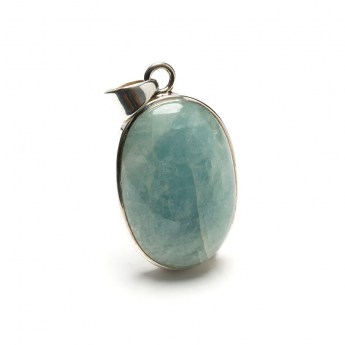 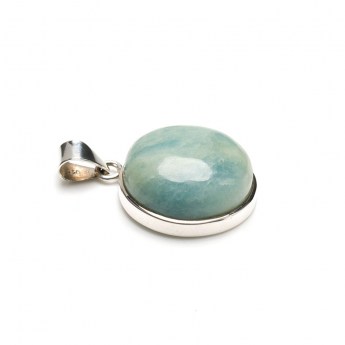 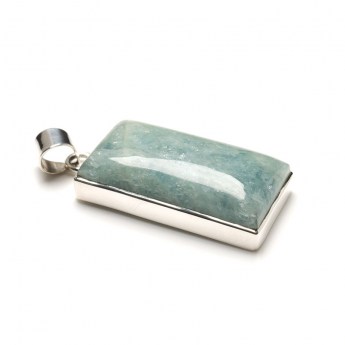 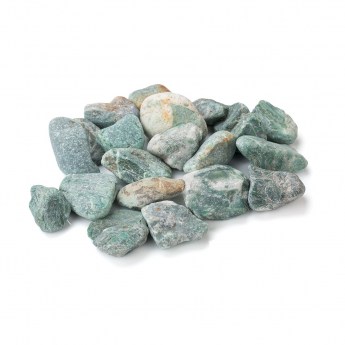