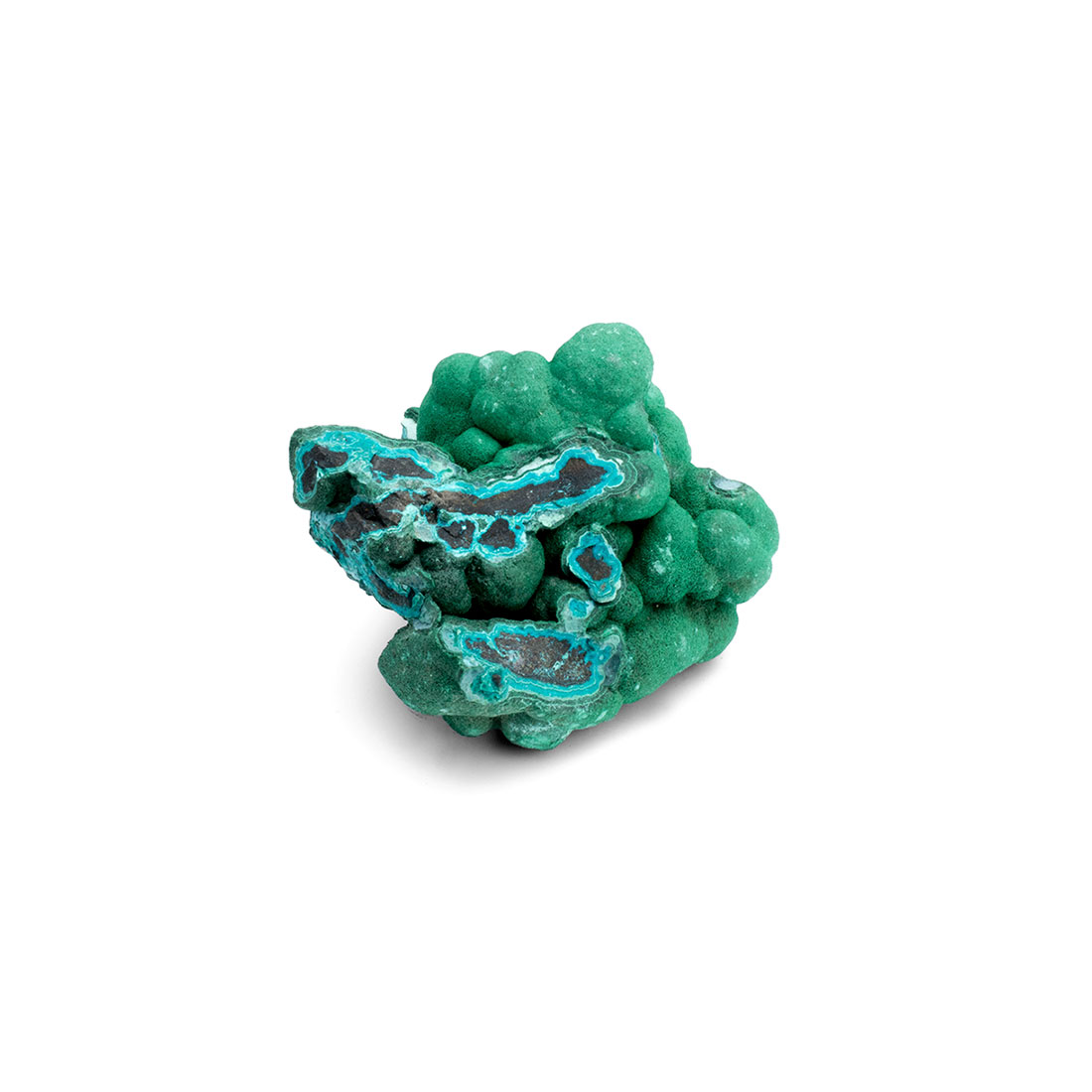 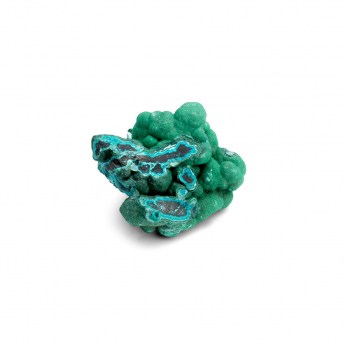 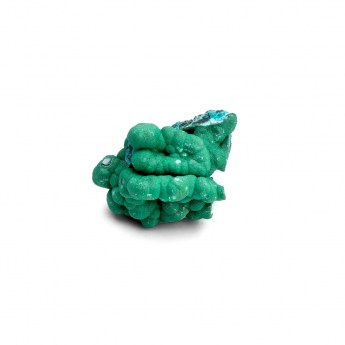 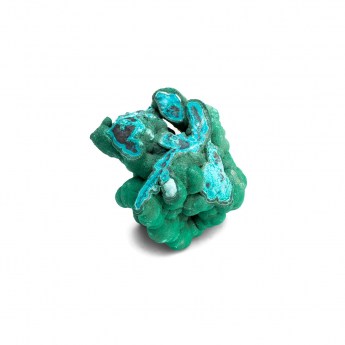 A beautifully formed piece of malachite with chrysocolla from South Africa.

Malachite was the first ore of copper.  It also contains hydrogen, carbon and oxygen. Some of the world's finest material comes from Africa and Russia.

Despite being relatively soft and fragile it's widely used for decorative purposes.  On Mohs scale of mineral hardness which measures the scratch resistance of one mineral against another, malachite grades 3.5 to 4.

Malachite is believed to have been one of the first green pigments.  Its colour comes from copper.  Being an ore of copper its dust is toxic.  Malachite is safe to handle but care should be taken around newly cut stones and very dusty specimens.  It should not be allowed to get wet.  Ideally malachite should be handled as little as possible.

The name comes from the ancient Greek word 'mallow' because its colour was believed to resemble the leaves of the Mallow plant.  Mallow which comes from the same family as hibiscus and hollyhock often has long stems with circular leaves with a crinkly edge.  Throughout history they have been used in food and for medicine. 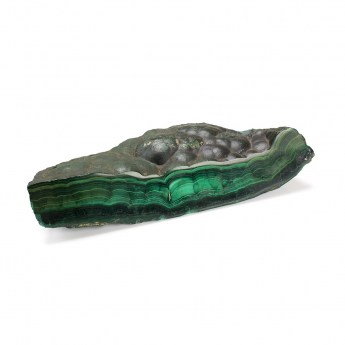 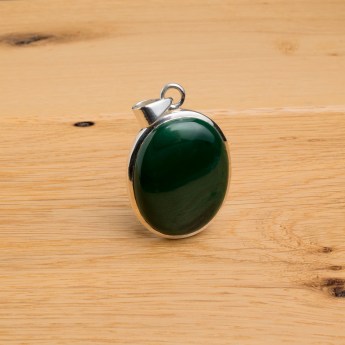 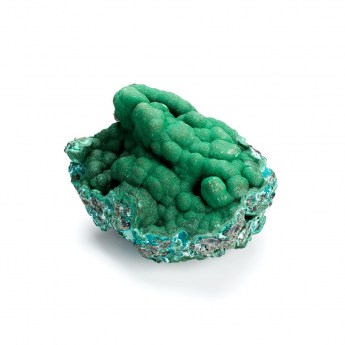 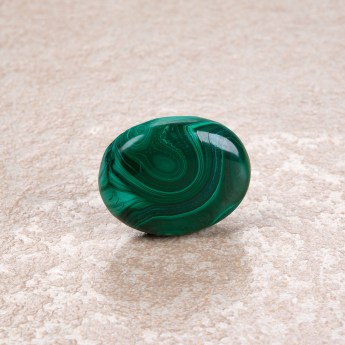