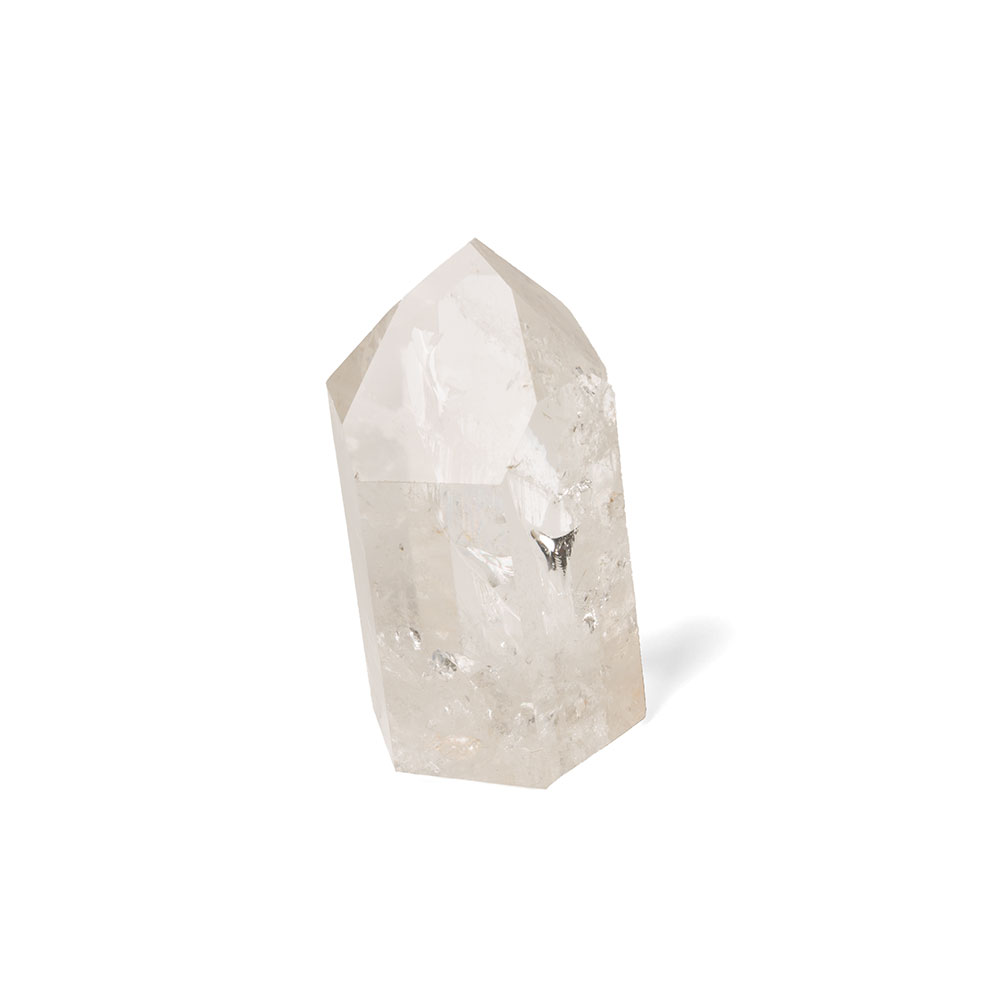 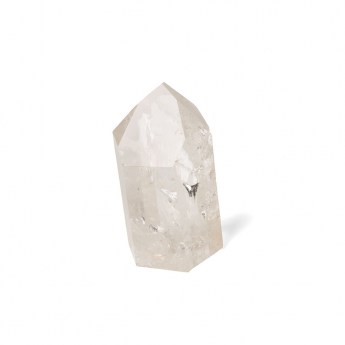 An impressive quartz point from our collection of crystals, rocks and minerals.  This chunky piece which is almost completely transparent boasts a magical rainbow of colours as light reflects off fractures and inclusions deep within the stone.  It's a wonderfully tactile piece that's full of character but quartz is relatively fragile so must be handled very carefully.  Whilst quartz points make exceptional display pieces they should always be positioned somewhere safe to avoid the risk of being inadvertently knocked over.

This six sided quartz crystal point was carefully chosen by one of our team and is sure to be enjoyed by anyone who loves natural minerals. In alternative therapies such as crystal healing quartz is considered to be a master healing stone that can purify the body and heal the soul.  Crystals are also widely used in psychic work and for meditation and relaxation.

Colourless transparent varieties of quartz are also known as rock crystal, this name came about during the late Middle Ages and was used to differentiate clear quartz from a new material known as colourless glass which was also referred to as crystal glass.

Due to quartz crystals being colourless and transparent or highly translucent they can be particularly challenging to capture well on camera.  No matter how beautiful a crystal looks in a photo its magical qualities can only really be fully appreciated when you have it in your hands. 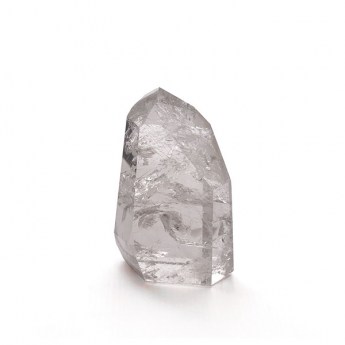 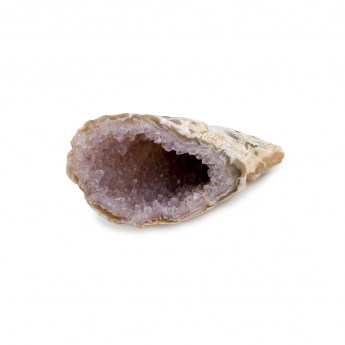