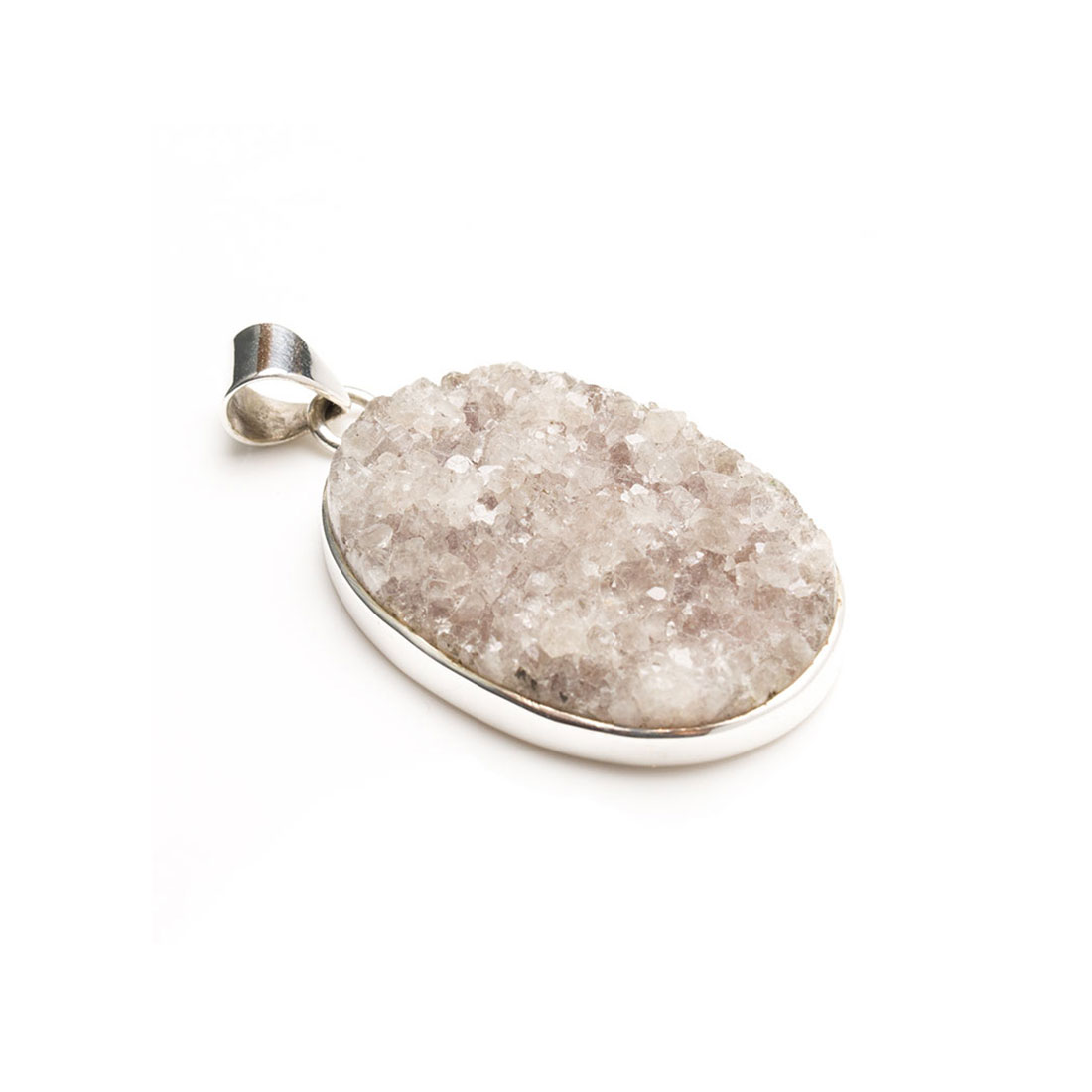 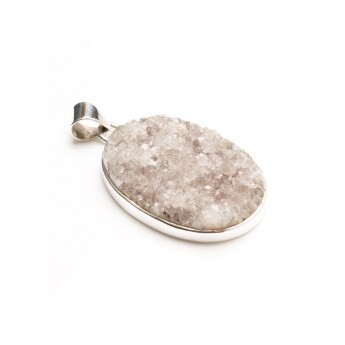 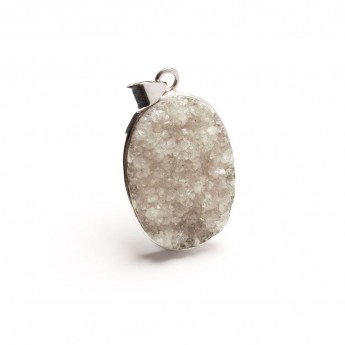 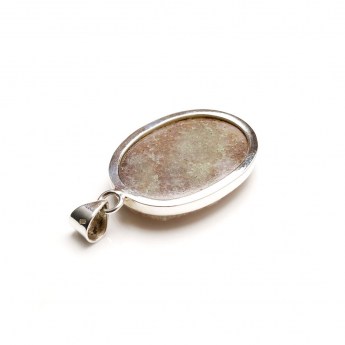 Despite its size this pendant is surprisingly lightweight.  Due to the surface of the stone being covered with a layer of tiny crystals, it reflects light from almost every angle.

Most druzy is found lining the cavity of a geode.

Druzy is a layer of crystals that form on the surface of another mineral.  They're usually from water that's settled on the rock.  As the water dries up just the minerals are left behind.  These harden over time and then crystallise.

Druzy can be almost any colour because it totally depends on what minerals were present.

When held up towards the light this translucent stone exhibits a subtle pink colour.  As tempting as it is to touch the crystals we'd recommend not doing so.  They can be fragile and will also eventually become dirty.

It's not possible to effectively clean quartz druzy so stones must be well looked after.

Back to: Quartz (rough & polished)