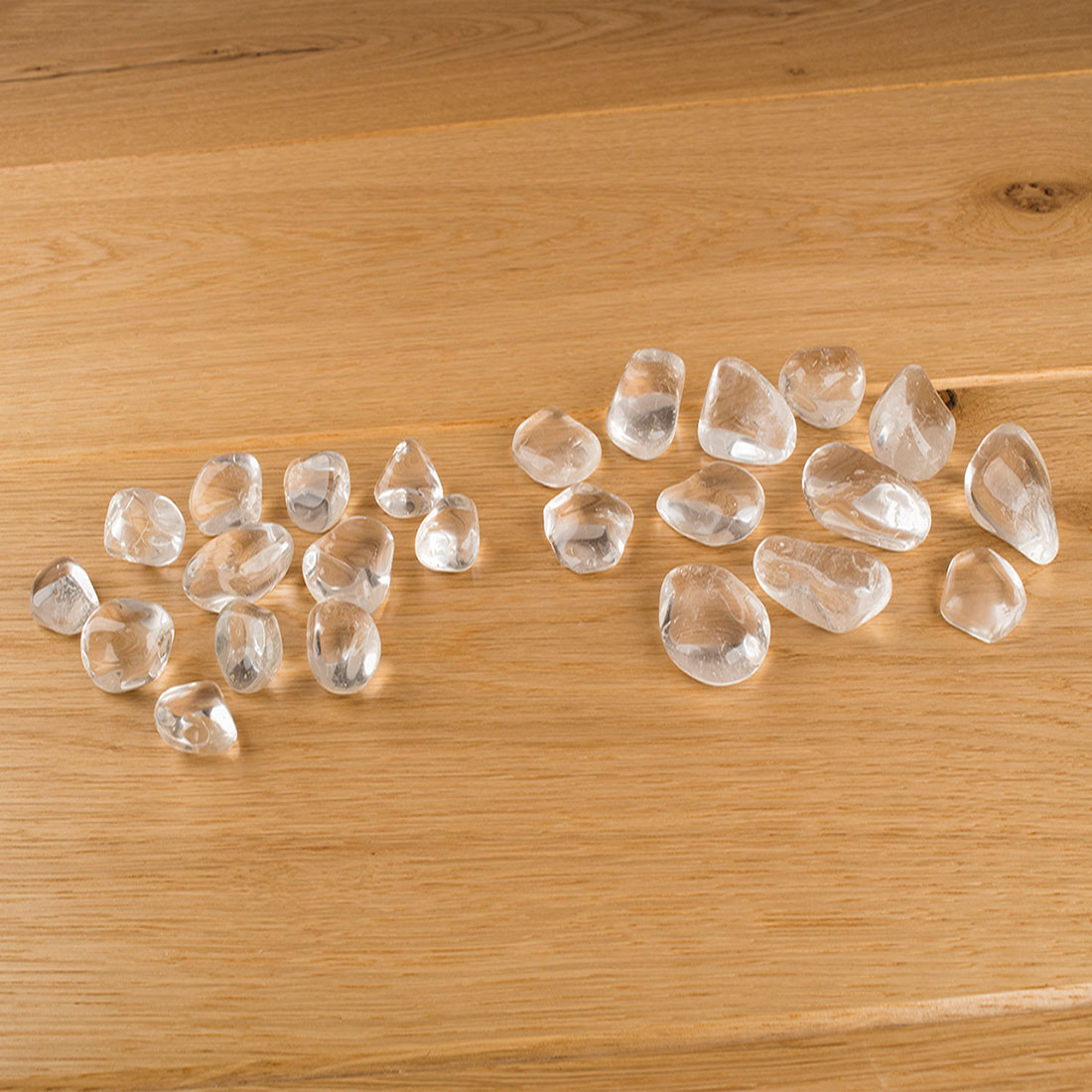 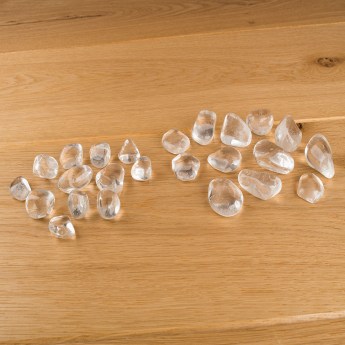 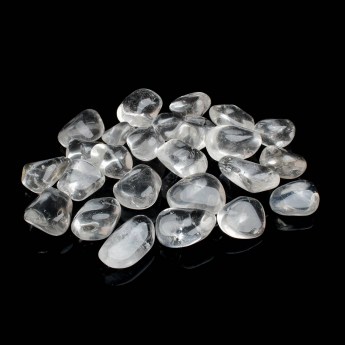 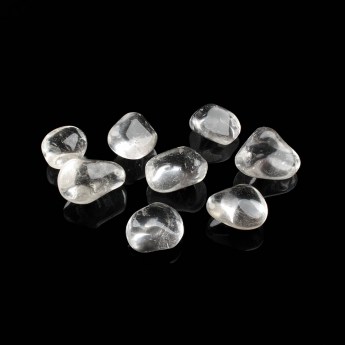 Despite being one of the most abundant minerals on the planet, quartz has amazed and fascinated man for thousands of years.

Also known as silica or silicon dioxide, quartz is a chemical compound of silicon and oxygen.  Silicon dioxide occurs most commonly in nature as the mineral quartz.

In its purest form quartz is colourless and transparent.  This material is also known as rock crystal.  The presence of impurities causes a wide variety of different colours.

These tantalising clear quartz tumbled stones are exceptionally tactile.  Once in your hand it's really difficult to put them down.