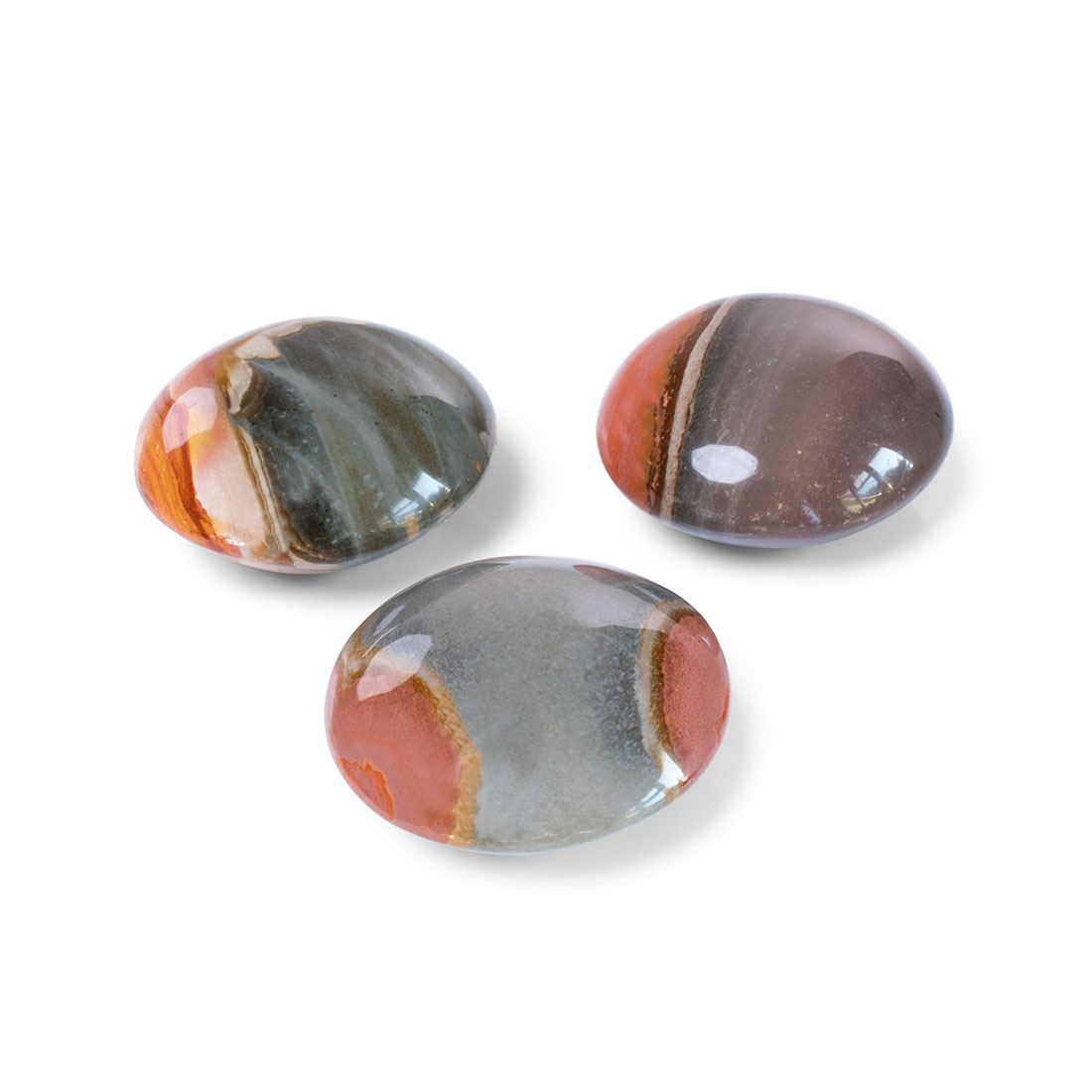 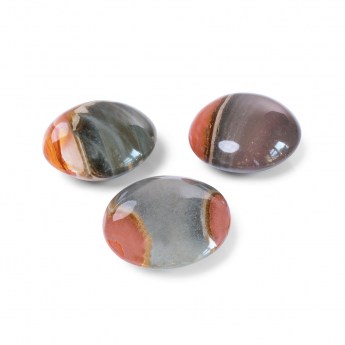 Polychrome jasper is a relatively new variety of jasper which so far has only been found in Madagascar.  Boasting rich earthy colours and an exceptional polish, it's also known as Desert Jasper.

This striking piece has the smoothest texture which makes it a lovely stone to handle.

The colour of jasper which varies widely depends on the environment in which it formed.  It most commonly occurs in shades of red, yellow, brown and green.  Blue is relatively rare and stones often feature more than one colour.  Red is usually caused by the presence of iron.

Many argue that jasper should actually be classified as a rock not a mineral because as much as 20% of its constituents are foreign materials.  These impurities determine the stone's colour and markings and are also the reason why jasper is almost always opaque.

An eye-catching and incredibly tactile polychrome jasper stone from our collection of crystals rocks and minerals.   Although both of our photos may look the same, they're actually of different sides of the stone.  Look very carefully and you'll see a couple of very minor differences. 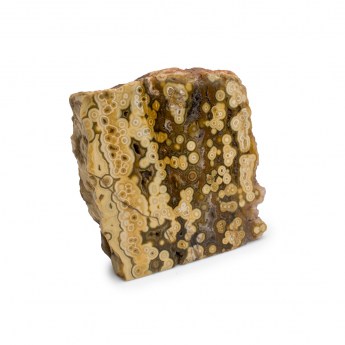 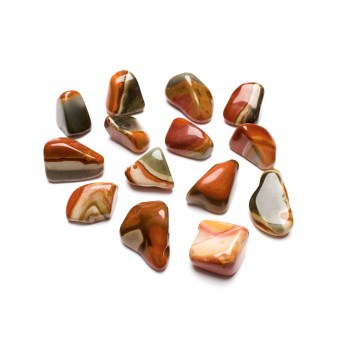 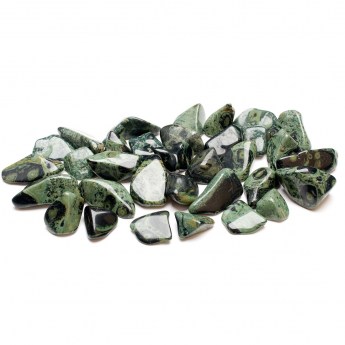 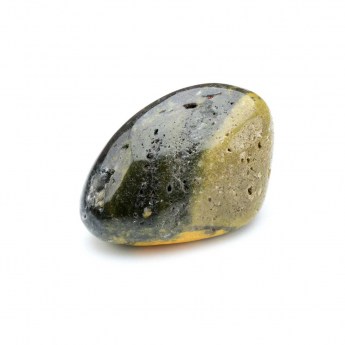 Bumblebee Jasper
£34.85
Back to: Polished Minerals