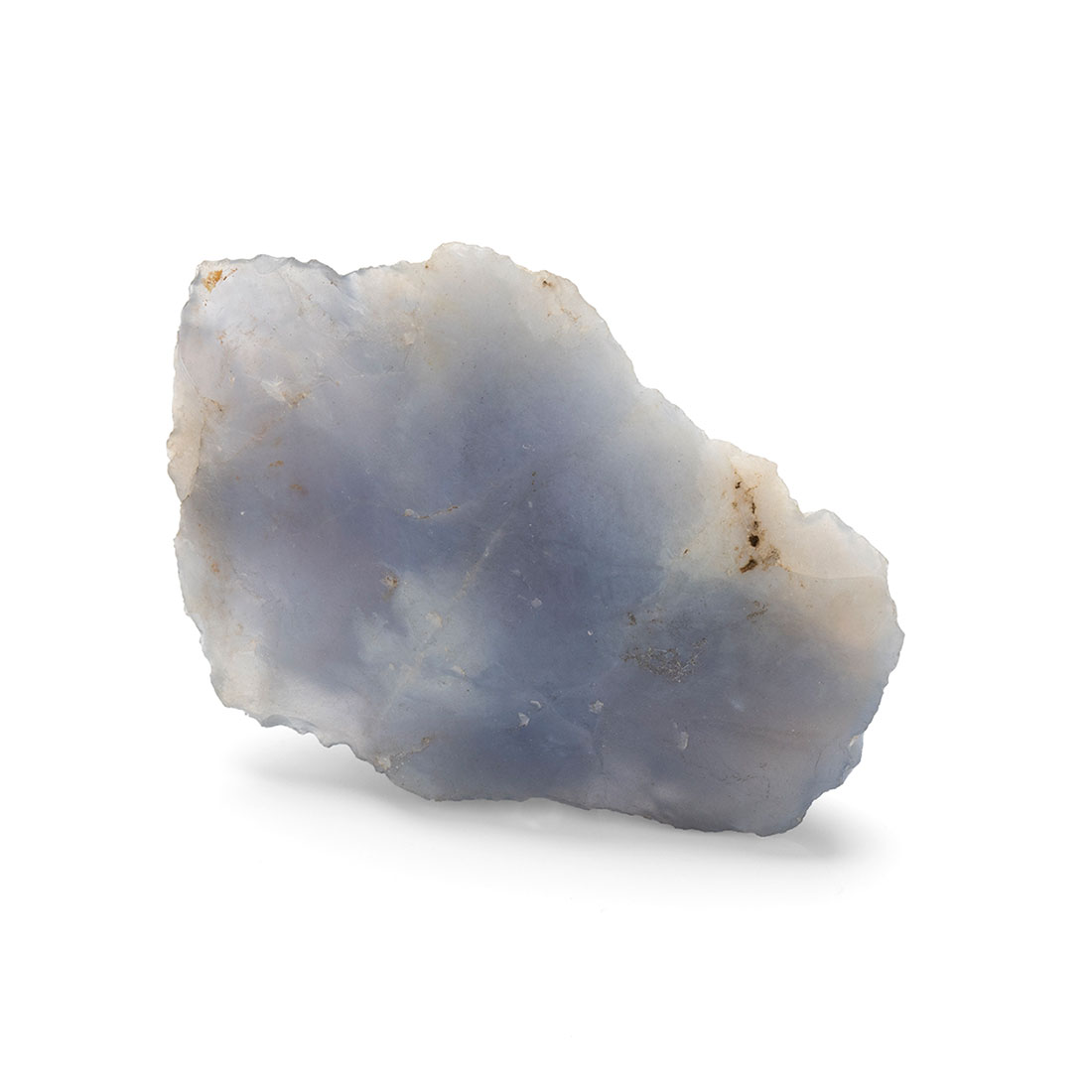 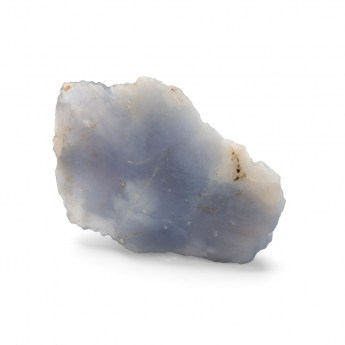 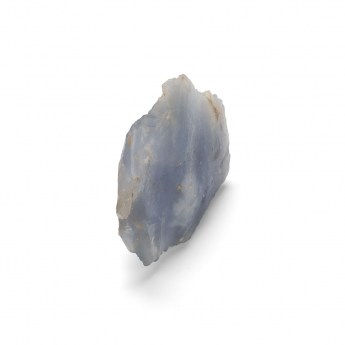 Chalcedony is a relatively common mineral that has been known and widely used for thousands of years.  At the Palace of Knossos which is the largest Bronze Age site on the Greek island of Crete, chalcedony seals have been found which date to approximately 1800 BC.

Much of the blue material sold commercially has been dyed or heat treated to enhance the colour.  The colour of this blue chalcedony mineral to the best of our knowledge is completely natural.  It has a smooth texture, slightly waxy lustre and is highly translucent around almost the entire edge.

Chalcedony is a microcrystalline variety of the mineral quartz which means the crystals are so small they can only be seen with strong magnification.  In its purest form chalcedony is white but inclusions of other minerals bring about a wide variety of different colours.  Although the blue variety tends to be known as chalcedony, most other colours have their own unique names.  When chalcedony occurs with distinctive bands it's known as agate, the apple green coloured stone is chrysoprase and the reddish orange variety is better known as carnelian.

Chalcedony is a relatively hard stone that grades 7 on Mohs scale of mineral hardness.

This blue chalcedony mineral was chosen by one of the team at Stone Mania during one of our many trips to Africa. 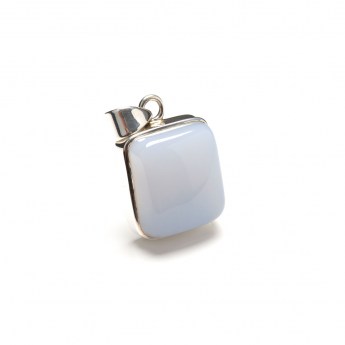 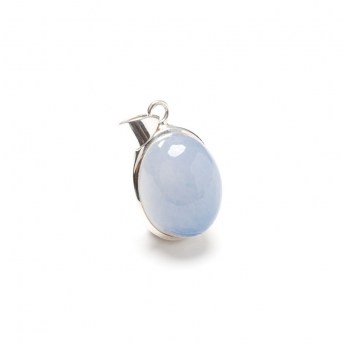 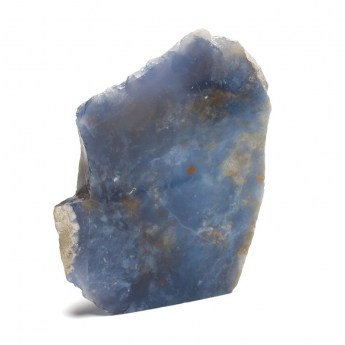