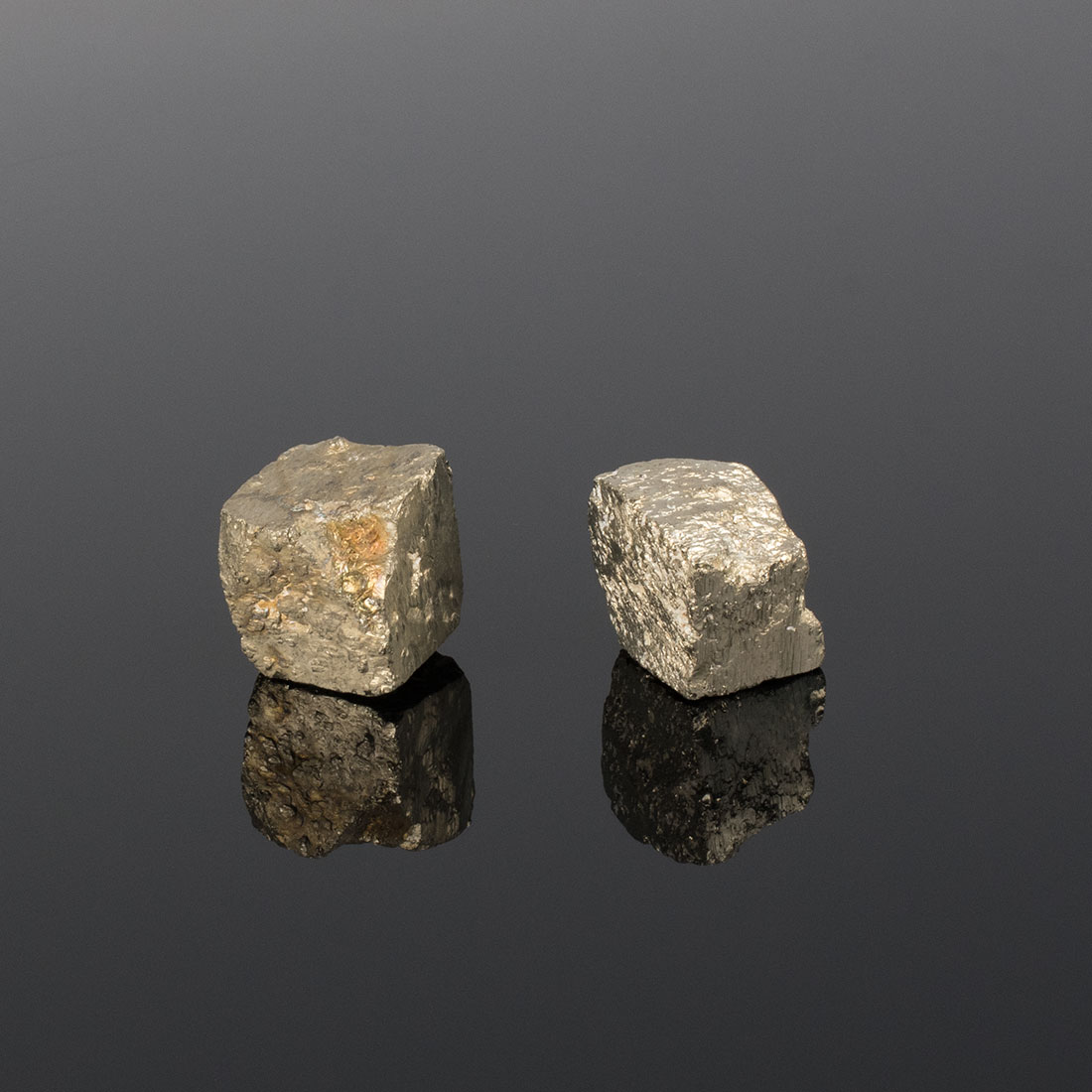 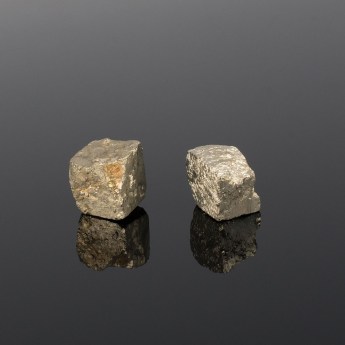 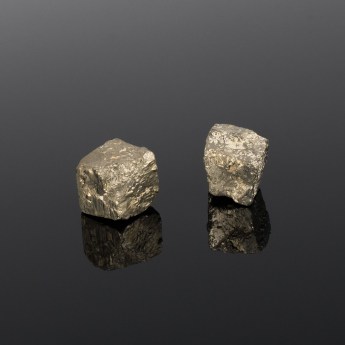 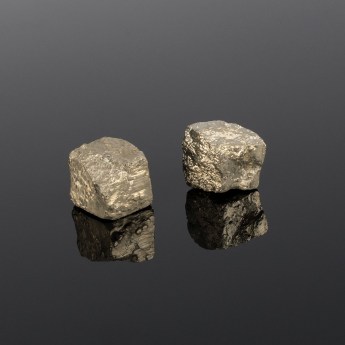 The pyrite crystal on the left in both photos is number 1.
Product Code: TTHB
COM_VIRTUEMART_PRODUCT_SALESPRICE2£15.20
Description

Fine grade cube shaped crystals of pyrite.  The brassy yellow colour that gives this mineral a similar appearance to gold is the reason it's also known as fool's gold.

Despite the similarity of gold and pyrite, there are several ways to distinguish one from the other.  Although both have a brassy yellow colour and metallic lustre, gold is more yellow.  When the two minerals are side by side the difference is clear to see.

Pyrite is a much harder but unlike gold is brittle.  Strike a piece of gold with a hammer and it will get flatter.  Do the same to pyrite and it will smash.

The mineral pyrite is a naturally occurring solid with a crystalline structure.  This means it's made up of crystals.  These can grow in several shapes but one of the most common is a cube.  Isometric or cube-shaped crystals are one of the simplest and most common shapes found in minerals.