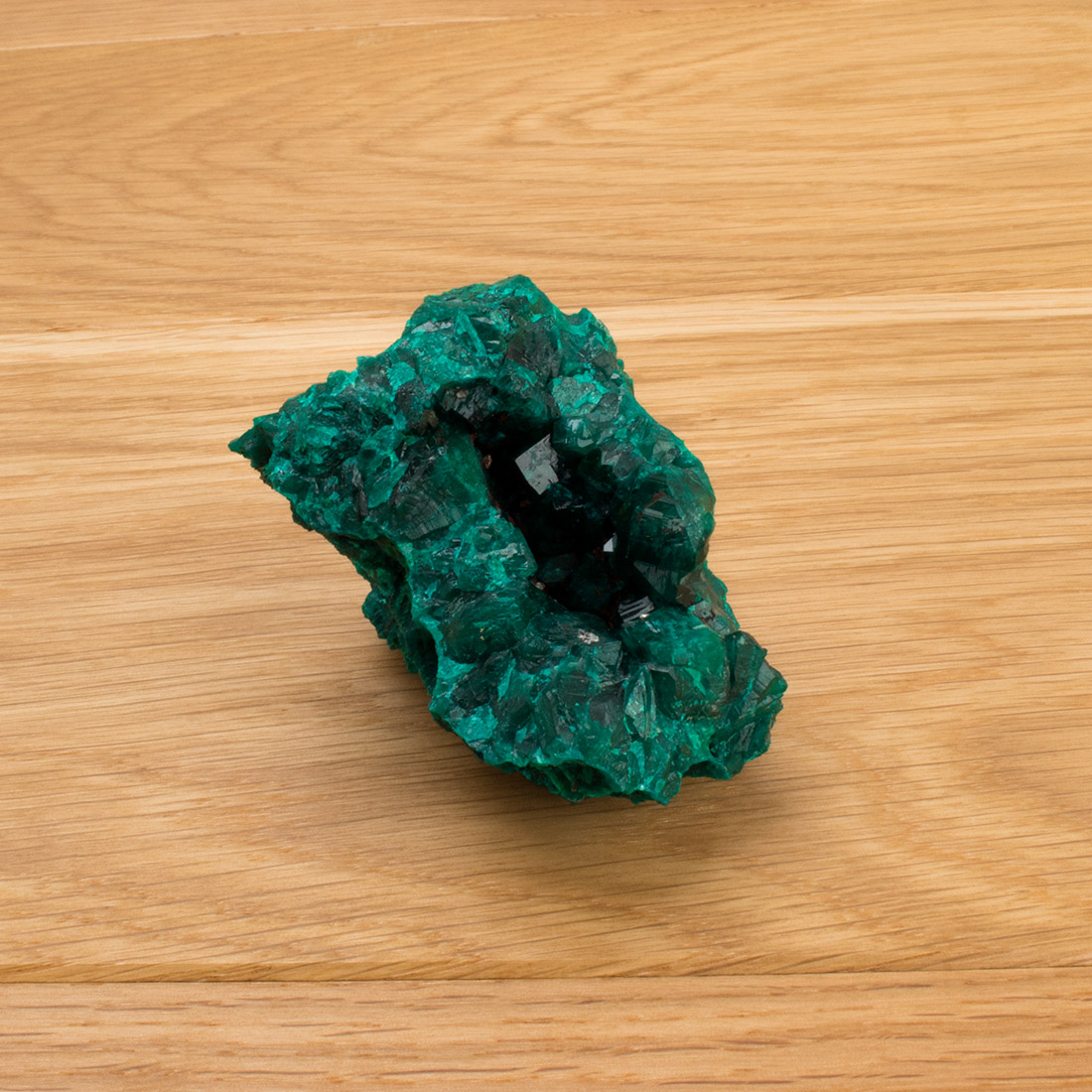 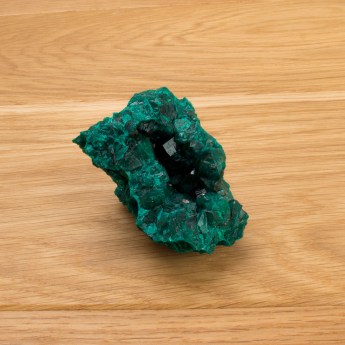 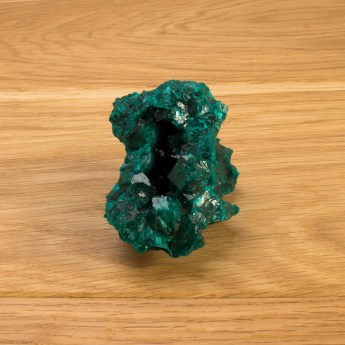 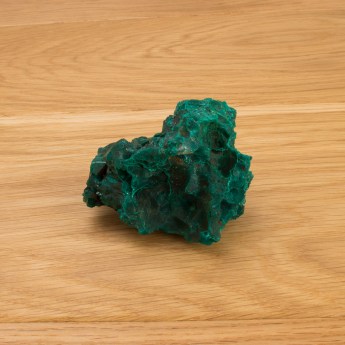 Mistakes have been made throughout history with regards to the correct identification of dioptase because its colour is can be similar to emerald.

The name of this mineral comes from two Greek words the first being 'dia'.  When translated it means 'through', 'across', 'completely', 'from point to point'.  Today it's a prefix of words such as 'diagnose', 'dialogue' and 'diameter' plus many more.  The second is 'optós' meaning 'visible'.  This comes from the Greek word 'ṓps' meaning 'eye' or 'face'.

The reason for the name is because in fine grade translucent dioptase crystals it's possible to see two cleavage directions providing the crystals are not broken.  In mineralogy cleavage describes the way crystals break along specific lines of weakness called structural planes.

The deep green colour of dioptase closely resembles emerald.  Whilst crystals can be exceptionally translucent they can also be cloudy to the point where they look almost opaque.

The Altyn-Tyube deposit in Kazakhstan is known for its magnificent dioptase crystals.  In the late 18th century miners digging for copper believed they had discovered beautiful transparent emeralds.  They were later disappointed to find the mineral was dioptase.

Dioptase was named in 1797 by a French mineralogist who believed it was a new discovery.

Crystals which occur mainly in arid environments are fragile and brittle.  Interestingly when heated dioptase creates an electrical charge so when stones are used for their metaphysical properties they're said to be a powerful conductor of energy.

Ground dioptase can be used as a pigment.  Its use for this purpose can be traced back to approximately 7200 BC.  The pigment was used around the eyes of some plaster statues discovered in a Neolithic archaeological site located in what is today Amman in Jordan.