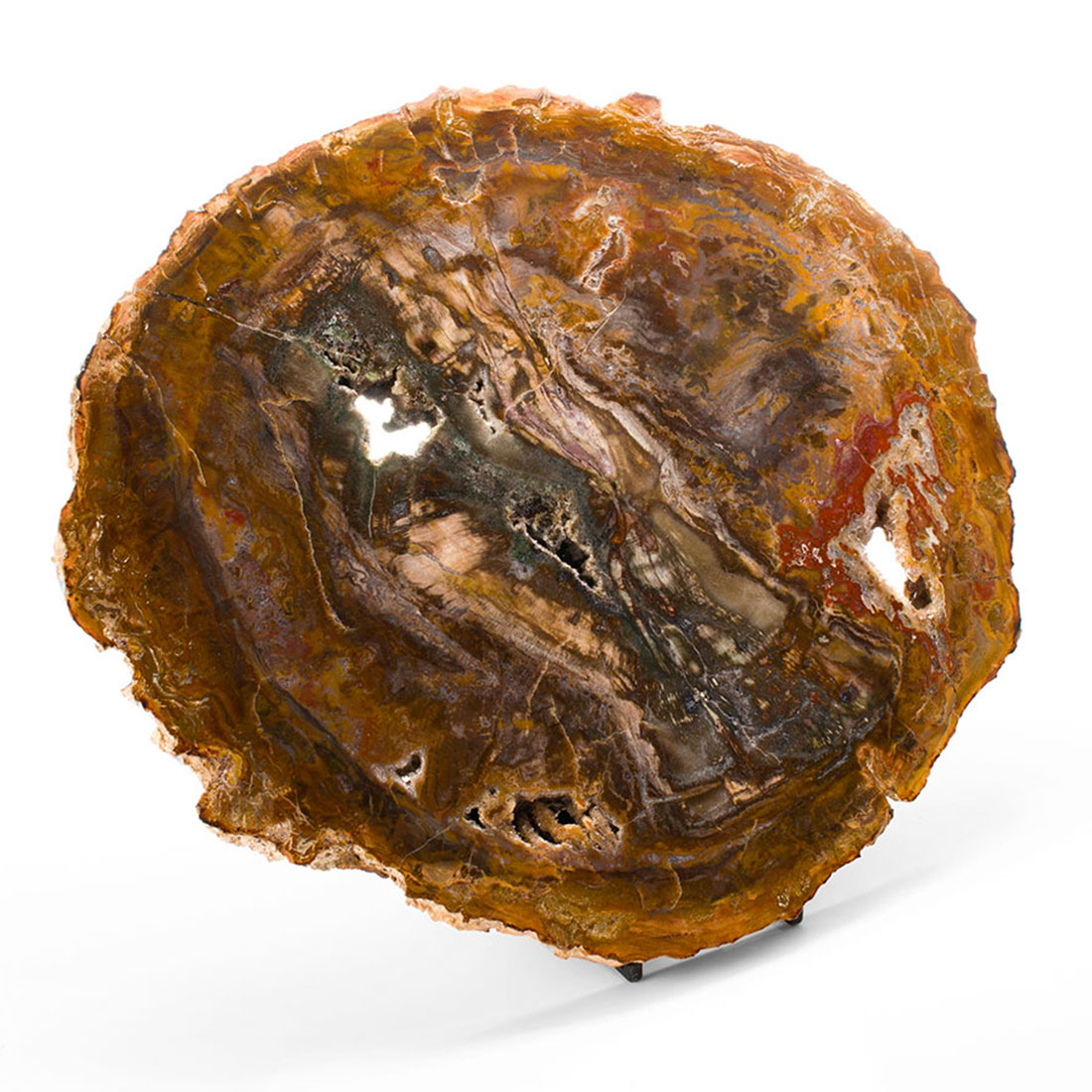 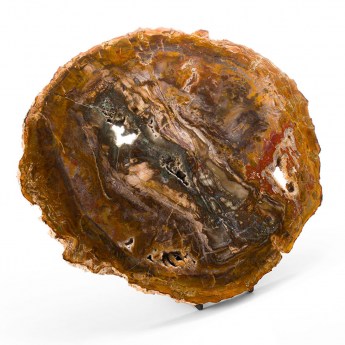 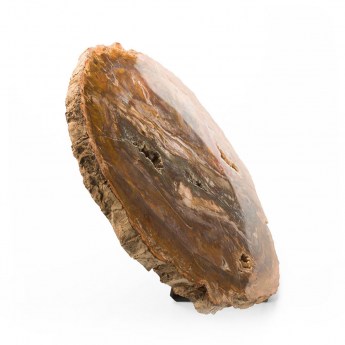 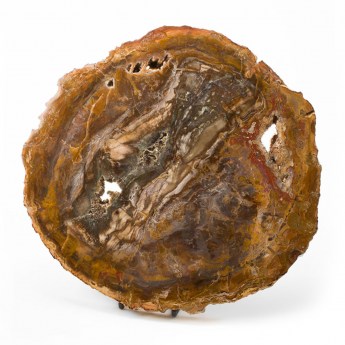 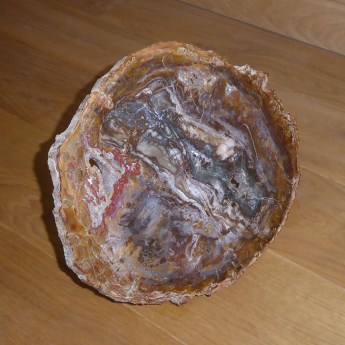 A beautiful section of fossilised wood from South Africa. This impressive piece weighs over 2.5kgs and boasts wonderful colour and incredible detail.

The word 'petrified' which comes from ancient Greek literally means 'wood turned into stone'.  Each piece of fossilised wood is unique so much of the original detail including ring patterns can often be seen.

The process of petrifaction began when ancient trees uprooted by floods fell and were covered by sediment such as mud, sand or volcanic ash.  This starved them of oxygen which prevented decay by fungi and bacteria.

As the sediment built up minerals in groundwater seeped into the trunk.  As the water dried up the minerals crystallised and hardened.  In doing so they replaced the organic matter as it rotted away.  The original cell structure of the tree often remained intact.

An abundance of quartz crystals line the holes in this piece.  As they catch the light they sparkle incessantly. 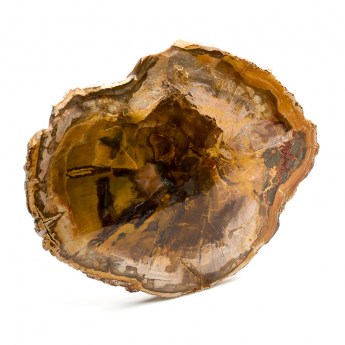 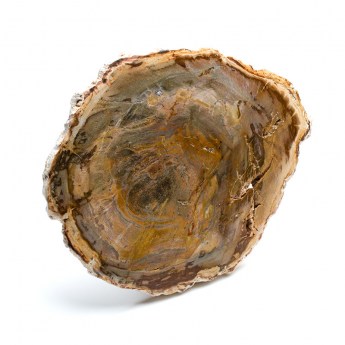