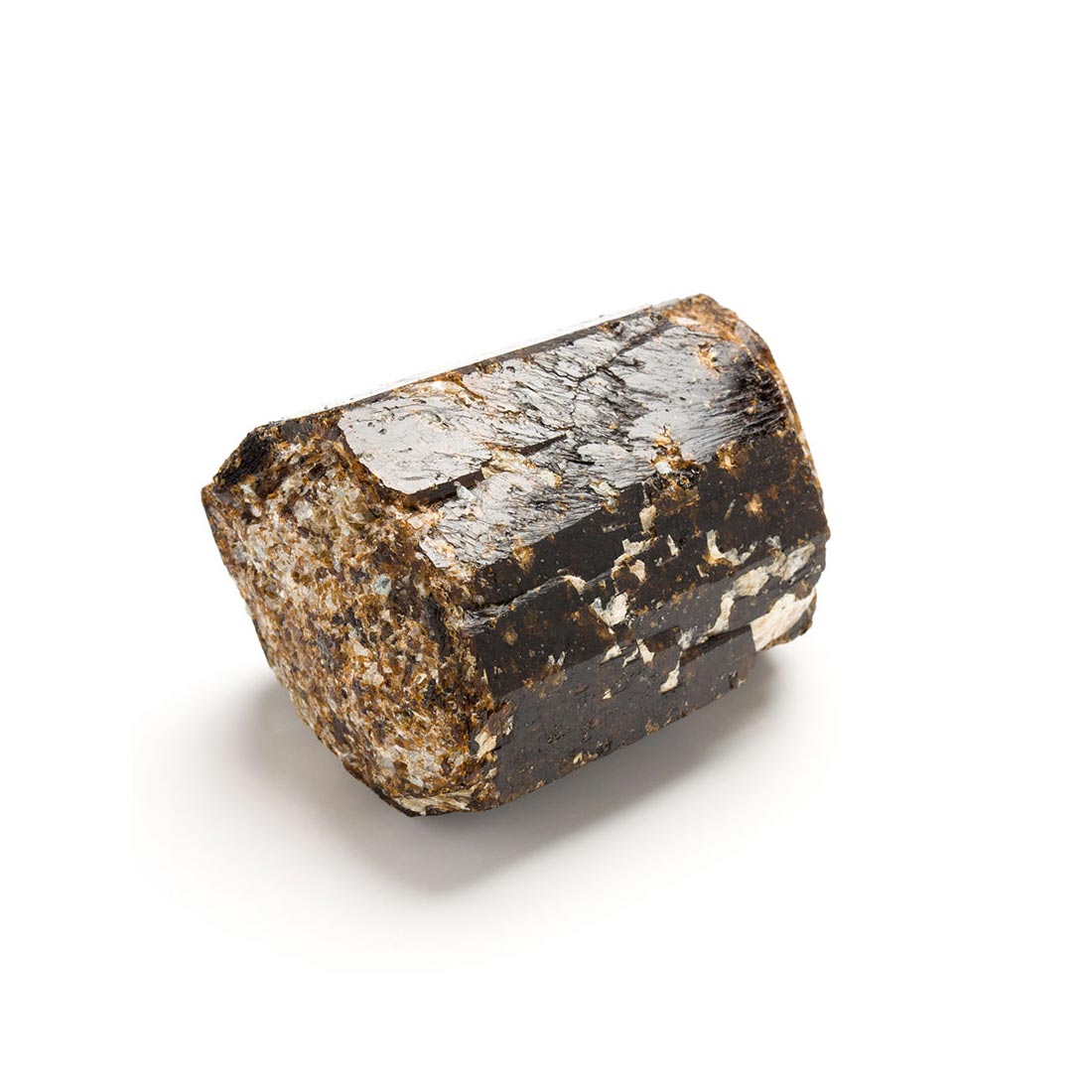 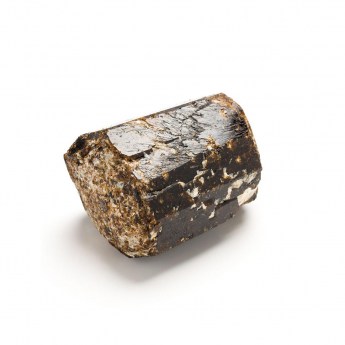 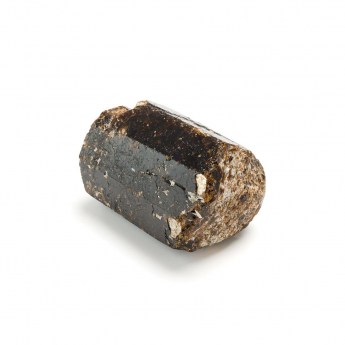 Tourmaline is well known as a colourful translucent mineral.  Opaque material like dravite is not as well known and is often overlooked.

This brown variety of tourmaline is rich in sodium and magnesium.  When exposed to heat the colour becomes lighter.

Dravite tourmaline was first documented in a book on mineralogy written by an Austrian professor in 1884.  It was named after the Drava river in Austria and Slovenia.

This large chunky piece is well included with silvery specs of mica.  It has a vitreous lustre so reflects light as opposed to absorbing it.