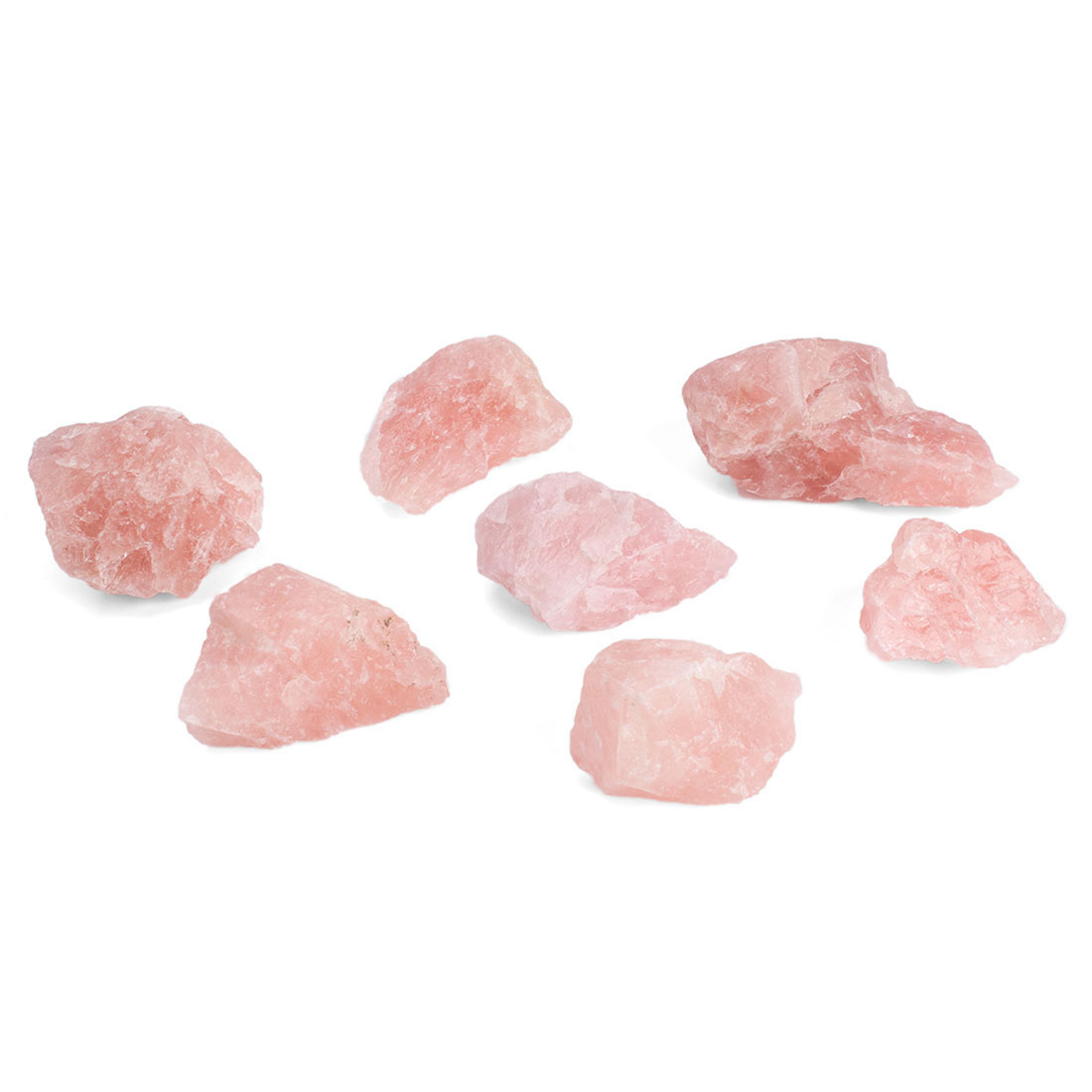 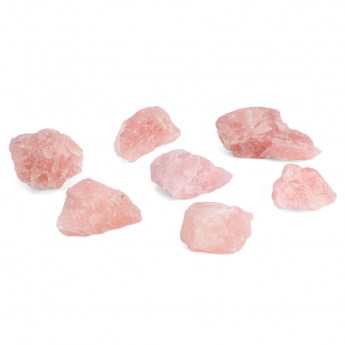 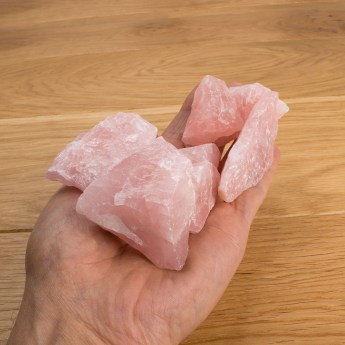 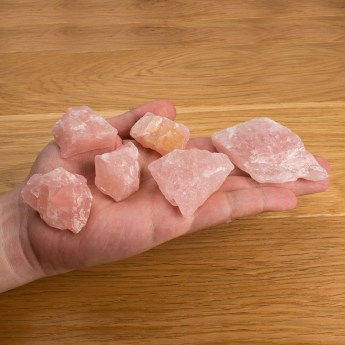 Large and extra large rough pieces of grade A rose quartz from Namibia.  These translucent stones have great colour that's best described as pastel pink.  Although rough they have been protected with a fine colourless resin which brings out the stone's vitreous lustre.

This popular variety of quartz is used primarily as a decorative material but when used as a gemstone, it's rarely faceted.  The reason for this is because when cut, rose quartz looks slightly cloudy.  By cutting the stone as a cabochon it retains its clarity and enhances colour and lustre.

The cause of the pink colour in rose quartz has puzzled scientists for many years.  It's now widely believed to be caused by the presence of microscopic fibrous inclusions related to a mineral called dumortierite.

The crystal habit of rose quartz is massive which means crystals are tightly intergrown to form one large mass.  Crystals have no visible external shape or distinguishable faces.  Individual crystals in this type of rose quartz have never been found.

Well formed crystals do exist in a pink variety of quartz but the mineral which is quite rare, is not exactly the same as rose quartz.  For this reason it tends to be referred to as pink quartz.  One of the main differences is the colour is very sensitive to light.

The pink colour of rose quartz is generally not believed to be sensitive to light.  With that said, it's best not to place this mineral in direct sunlight.

When used for its metaphysical healing properties rose quartz is known as the stone of unconditional love.  It can be used for all matters relating to the heart and is a great stone to give as a token of friendship.

Weights and sizes of these rough rose quartz stones varies from piece to piece. 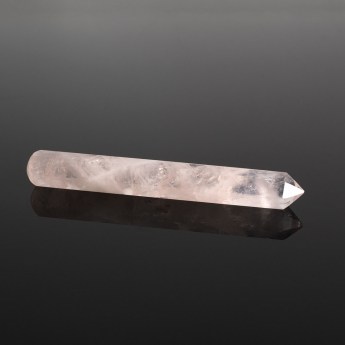 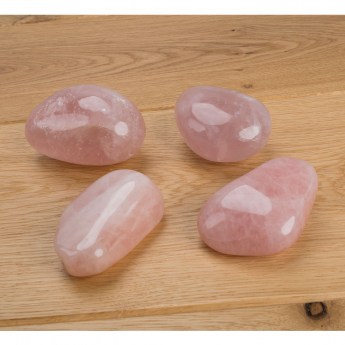 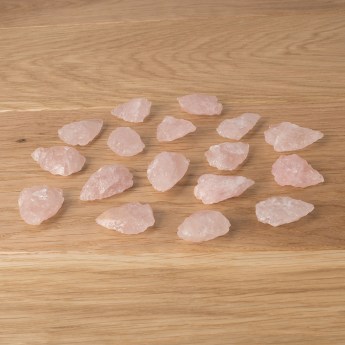 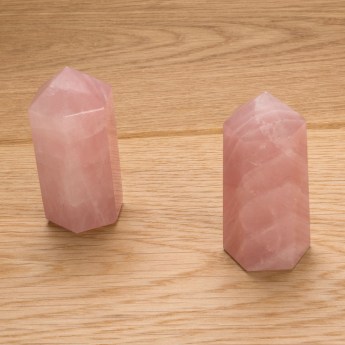 Rose Quartz Terminated Points
£13.99
Back to: For Younger Collectors