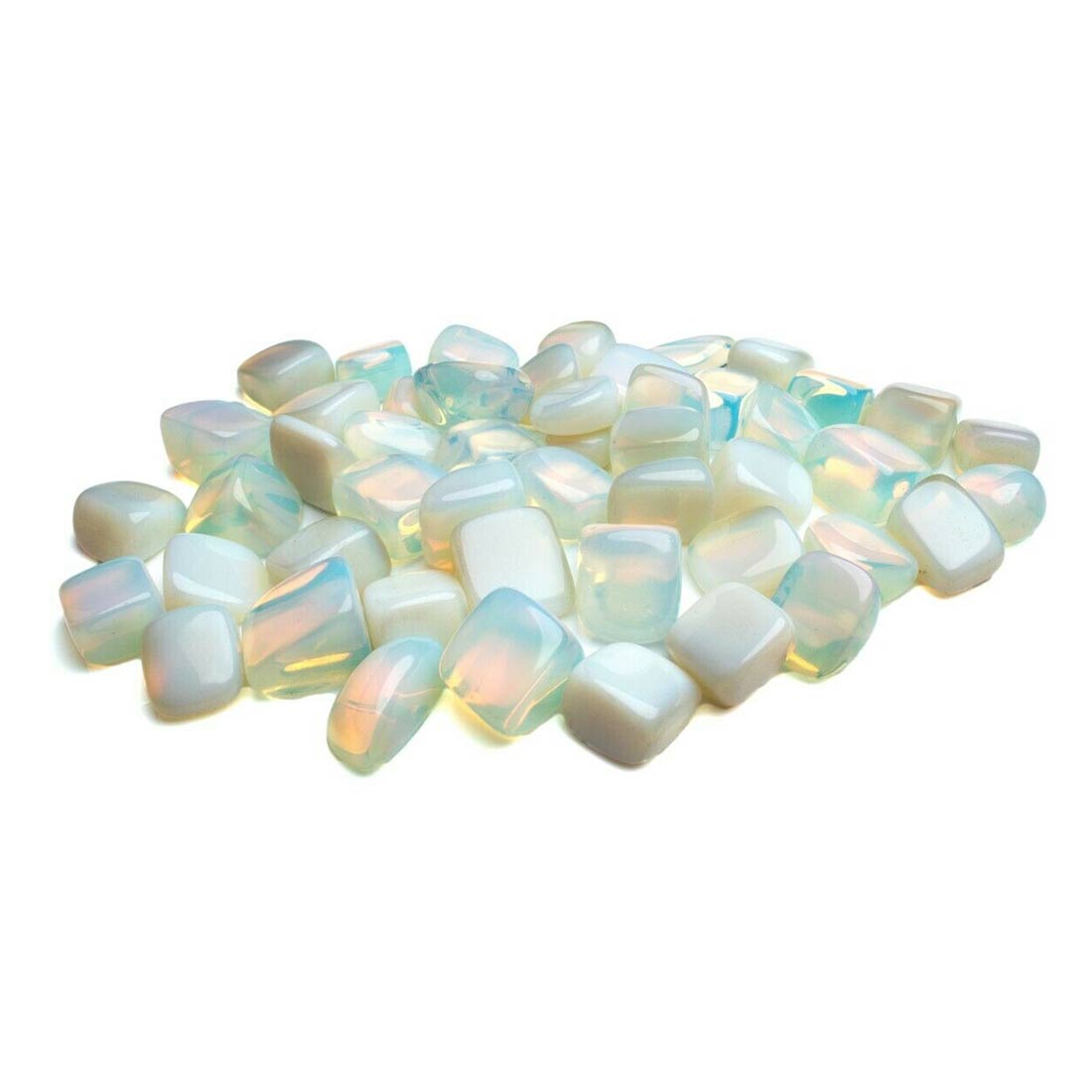 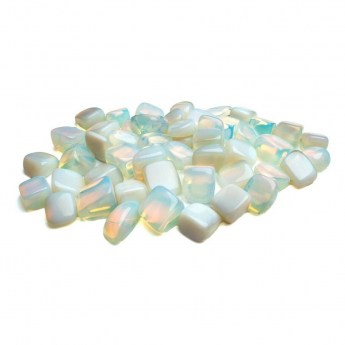 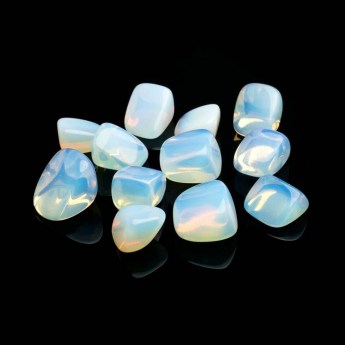 Opalite tumbled stones can often be found online being described as 'crystals' and many websites talk about their healing properties.  One of the larger UK crystal websites states it increases personal power, boots self-esteem and enables you to unleash inner strengths.  They go on to say it's a great crystal to mediate with and is beneficial for the third eye chakra. Opalite brings a sense of intuition and is great for communicating with spirits.  They even say it grades 6 on Mohs scale of "mineral" hardness.  Another UK based company says opalite is a wonderfully serene crystal, a stone of love that will reward faithful lovers.

Opalite tumbled stones are exceptionally attractive which makes them ideal for decorative purposes.  It's important to be aware however the material they're made from is glass.  Although glass is made mostly of silicon dioxide which occurs in nature as the mineral quartz, that's doesn't make opalite a natural material.  Opalite is produced from glass which is man-made.  Man-made substances do not have a crystalline structure.

Whatever your thoughts about the metaphysical properties of crystals, it's difficult to believe that something man-made can have any healing ability.  Being pedantic, using opalite as a healing crystal is no different to using a drinking glass or any other glass object you have at home.  Both are manufactured in a very similar manner.

The name opalite was originally used to describe a stone that today is known as Common Opal.  This stone which is widely used for decorative purposes has almost the same chemical makeup as precious opal.  The characteristics that make it different are its lack of play of colour, the many colours in which it can be found and its widespread availability.  The name Common Opal stems from the fact that it can be found in abundance in many countries around the world.

The name opalite started being used because the material was being compared to precious opal and was even being used to imitate rainbow moonstone.  Somewhere along the line it suddenly started being described as a natural crystal or mineral in its own right.

These decorative opalite tumbled stones are a medium sized stone.  Weights and sizes do vary slightly from piece to piece. 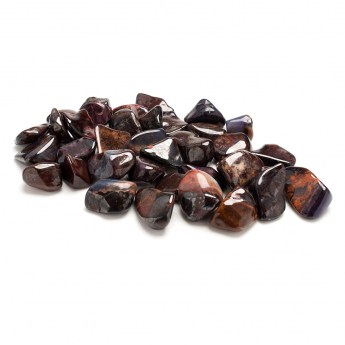 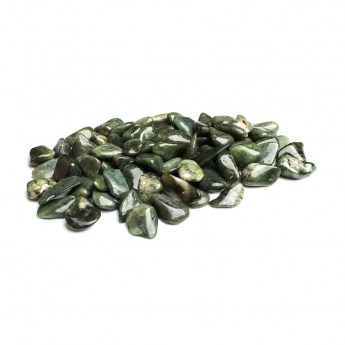 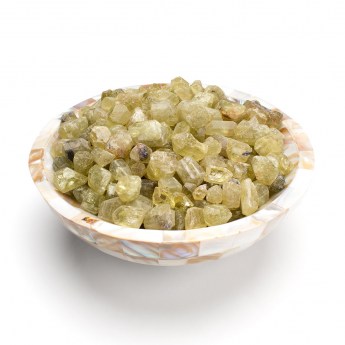 Chrysocolla Polished Stones
£3.30
Back to: For Younger Collectors