Marquise shaped lapis lazuli cabochon, a chunky rich blue coloured stone and the only piece in this shape that we currently have available.  Cut from material from Afghanistan, it exhibits subtle inclusions of iron pyrite and is highly polished on both sides.

The mines from where lapis lazuli originates are located in the province of Badakhshan northeastern Afghanistan which is close to the border with Tajikistan. They're known to be some of the oldest continually worked mines in the world and are believed to have supplied lapis lazuli to the Ancient Egyptian pharaohs.  This blue coloured metamorphic rock can be traced back even further and is known to have been mined in this same region as early as the Neolithic Period which is the latter part of the Stone Age approximately 10,200 BC which is more than 12,000 years ago.

Although the funerary mask of Tutankhamun is probably one of the most well known artifacts to feature lapis lazuli, it was also found in the Royal Cemetery at Ur which dates back to 3,800 BC. The ruins of this ancient city are in modern day Iraq. 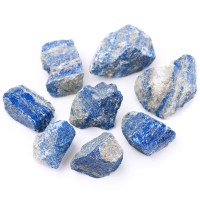 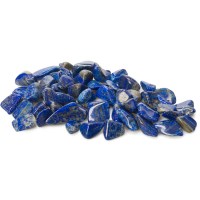