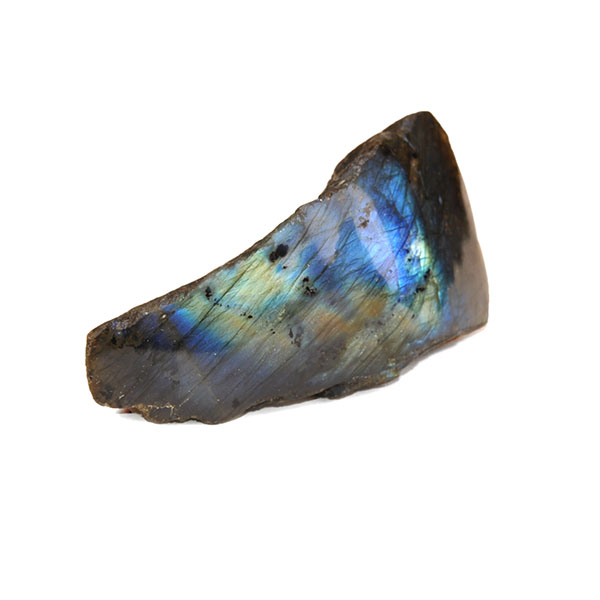 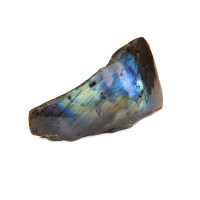 This part polished labradorite mineral captures the light beautifully and in return exhibits a spectrum of fascinating colours.  The outer section of the rock is also slightly iridescent but colour can only really be seen as it catches the light at certain angles.  The iridescence in labradorite is known as schiller or labradorescence and is caused by the scattering of light across the surface of the stone.  Although labradorite is generally a dark coloured mineral, its surface particularly after having been polished comes alive as it interacts with light.

Labradorite is a variety of the mineral feldspar which takes its name from the Labrador coast in Canada.  It's relatively hard which makes it particularly suitable as a lapidary material and gemstones tend to be cut as cabochons. 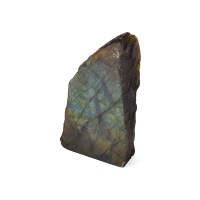 Labradorite | Stone Mania
Labradorite
£54.99
Back to: Rocks and Minerals