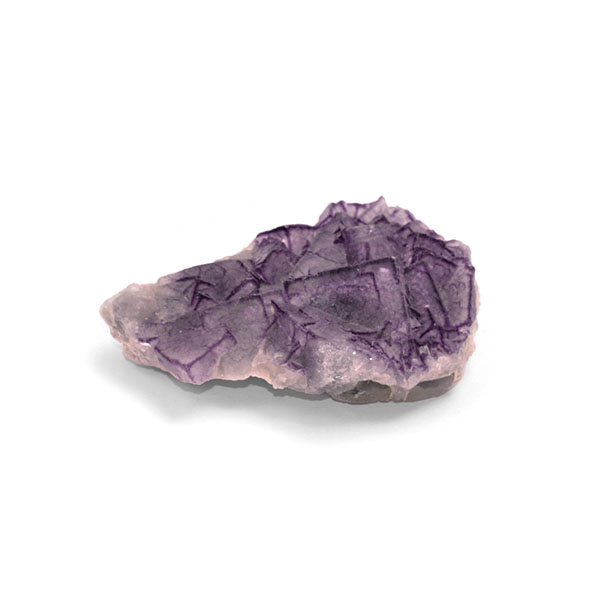 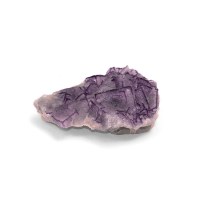 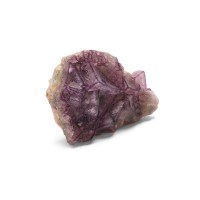 Rough piece of the mineral fluorite from South Africa.  The large well formed crystals and distinctive purple colour in this piece make it a great choice for any rock and mineral enthusiast.  Fluorite occurs in many different colours but in its purest form it's colourless.  Colour is caused primarily by the presence of impurities of natural elements or minerals but it may also be as a result of intense heat which is usually caused by radiation.  Although red, purple, green and yellow are the most common colours seen in fluorite, it can also occur in almost any other colour including black and white and stones can even be colourless.  Zones of colour which occur within the same crystal are well known and this variety of fluorite is often referred to as rainbow fluorite.

Fluorite which is composed of calcium and fluorine is used extensively in industry where it's best known as fluorspar. Some material can have such exceptional optical clarity that it can even be used as a lense. The word fluorescence comes from the word fluorite because some stones have the ability to fluoresce under ultra violet light.

The index mineral for grade 4 on Mohs scale of mineral hardness, fluorite is a fragile stone so great care must be taken when handling it.  It exhibits a vitreous lustre and is also brittle so will fracture or break like glass if knocked or dropped.

Fluorite is highly sought after by collectors and despite being delicate and brittle which makes it particularly difficult to work with, it's still widely used for lapidary purposes.  Fluorite tumbled stones are popular with collectors and for use in alternative therapies such as crystal healing. 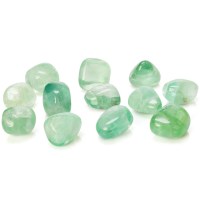