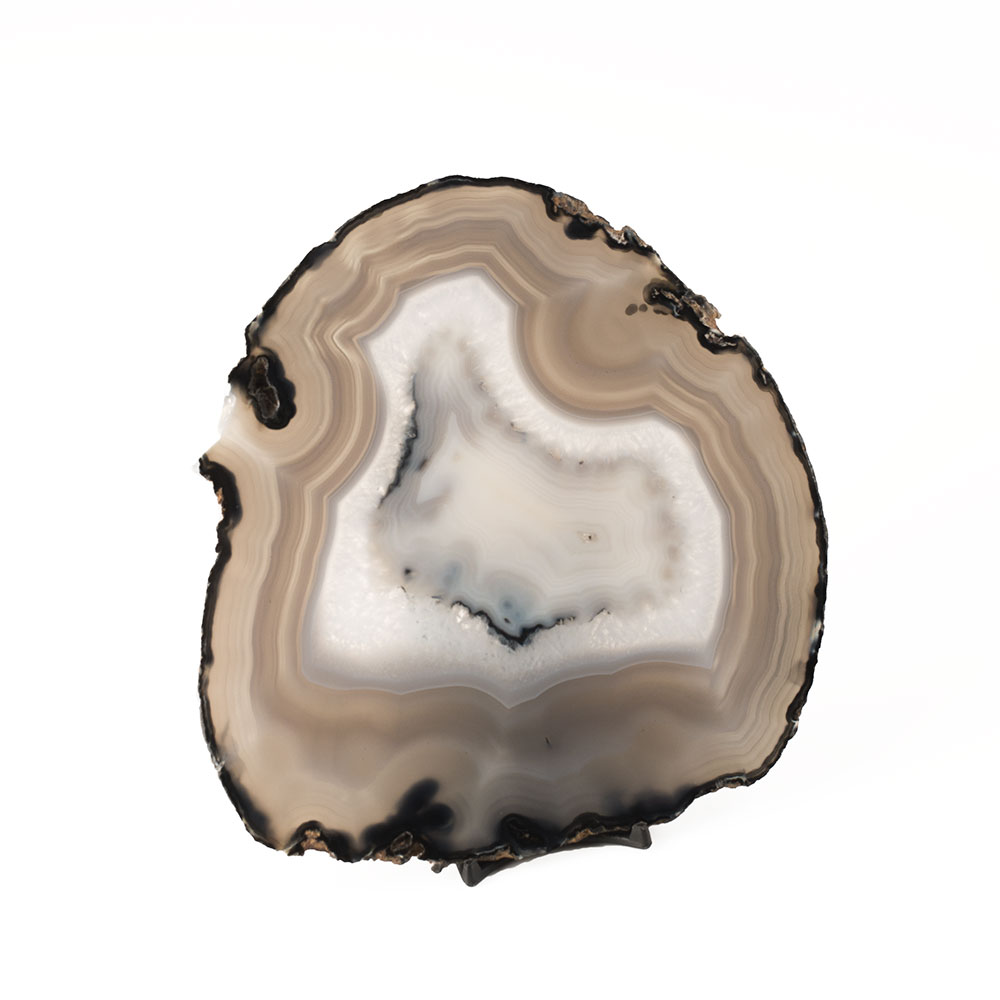 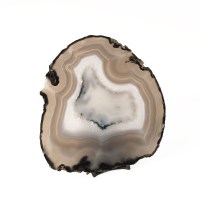 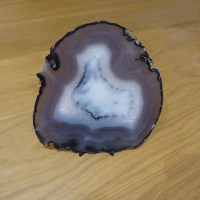 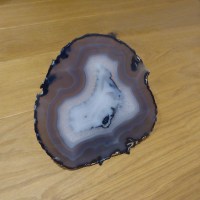 Highly polished agate slice that has not been artificially coloured.  This mineral is highly translucent so looks quite different depending on how much light is behind it.  Our first photograph has been taken using studio lighting so the agate has a light positioned behind it but the remaining two photos were taken in a normal setting.  The difference in the agate's appearance is quite significant and in the second two photos other shades of colour can also be seen.

Polished slices of agate are relatively common but many have been artificially coloured because although this mineral can occur in a wide variety of colours, it is found most frequently in shades of black, white and grey.  For this reason many ornamental pieces end up being dyed in an attempt to make them look more attractive to the wider commercial market but as most rock and mineral enthusiasts will agree, minerals have taken thousands of years if not longer to evolve so they really shouldn't need to be dyed in order to make them more beautiful.  Whilst some agates may not always exhibit amazing colour, what they lack in colour they often make up with other curious or fascinating characteristics.

Polished slices of agate can be found in almost every colour under the sun and it's usually pretty obvious which ones have been dyed.  It's important to note that dyeing a mineral is very different to putting it through a heat treatment.  The dyeing of agate is nothing new, this practice has been going on for thousands of years.

A small section of the outer edging of this agate slice has broken away but that didn't put us off from buying it.  The length of the section is 1.5 centimetres and just affects the outer edge.  There are also a couple of minor scratches and other anomalies but we chose it because we saw a beautiful natural mineral and were not looking for perfection.

This polished agate slice is being offered for sale a slightly reduced priced because of the minor scratches although they can only been seen in certain light and absolutely do not spoil this piece.